It’s time for AFL Tasmania to disband the Tasmanian State League or risk seeing the teams that are left in the league go extinct like Sandy Bay did back in the 1990s. The crowds are not there to justify the costs for teams to travel from Launceston to Hobart, and vice versa.

The original Tasmanian Football League introduced the Statewide League in the late 1980s while the league was slowly on the decline, the decline was rapid in the middle to late 90s and now football in the state is in serious trouble.

The main decline in football in Tasmania coincides with the live broadcasting of the AFL and even the TFL in the state helped with the decline of the crowds. If something is not done and done fast there will be no football at all and it will be overtaken by another sport.

In a bid to try and get the crowds back AFL Tasmania has tried a few things, some that the fans who are still going aren’t altogether happy about. Night games have been introduced, some mid-week, and Monday night games were tried, and without former AFL stars playing in them may have failed as well.

AFL Tasmania has this season tried to merge off Hobart and North Hobart, two of the oldest clubs in the state, because they have wanted one inner-city side, despite the fact Launceston has three clubs in Launceston, South Launceston and North Launceston.  This attempt has angered many football fans in the state, not just those who support these sides.

South Launceston were asked to share a license with Prospect, which their members voted against, and now they are headed to the Northern Tasmanian Football Association. Should they do this and win the premiership, which they’re in good position to do so, it will be the first time that there has not been reigning premiers in the league.

They face an uncertain future, as 26 of their players have signed letters of intent to move onto the Prospect team. Bart McCulloch and  coach Mitch Thorp could both be headed back to the AFL as both have been scouted throughout the season.

Devonport has battled financial problems for the last couple of seasons, and had voted to leave the league. Burnie had issued a threat to AFL Tasmania that if Devonport departed, so would they. AFL Tasmania were working on a team to replace Devonport that will make everyone happy.

For once and for all, AFL Tasmania’s focus should remain on what is best for the game in the state and a state-wide league clearly isn’t that. The failures of the past with the league almost sent some clubs into recess in the past.

If AFL Tasmania let go of the state-wide league make up, they could look at other ways to branch out and promote both a southern and northern league without worrying about which club is going to fold next with their poor crowds and loss of money. 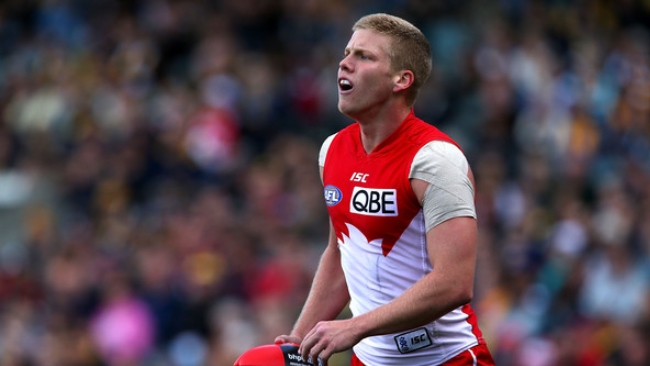 Domenic Favata - 31 July, 2013
0
In light of Carlton coach Mick Malthouse hitting back at suggestions Bryce Gibbs and Matthew Kruezer could be up for trade, it's time to...