The dust has settled on the majority of the key players in the Kurt Tippett saga. As a result, Tippett has been suspended and fined and will miss the first 11 matches of the 2013 season.

The only remaining party to be sanctioned is Tippett’s manager, Peter Blucher, who works for Velocity Sports, the company that recently lost big name clients in Jonathan Brown and Simon Black from the Brisbane Lions as part of the fallout from the Tippett affair. Sanctioning Blucher is the domain of the AFL Players Association, the group responsible for the accreditation and regulation of all agents.

To become an agent for a player, the candidate is required to sit a three-hour exam which tests their knowledge on their understanding of the Collective Bargaining Agreement, the AFL Player Rules and the Player Code of Conduct, and achieve a pass rating of 75%. The purpose of this testing is to make sure that AFL players who have increasingly convoluted contracts are protected and to ensure that their dealings with the AFL club they are signed to are all above board.

The AFLPA has sanctioned agents and stripped them of their accreditation in the past. In 2011, Ricky Nixon was found to have breached the standards of conduct that govern accredited agents. Nixon was found guilty of entering into an inappropriate relationship, acting in a manner contrary to the interests of the players he represented and deceiving the players he represented about the nature of the relationship. Nixon was stripped of his accreditation and banned from re-applying for two years.

It stands to reason that Blucher, having passed his accreditation exam, was well aware that the conditions offered to Kurt Tippett outside of his officially lodged AFL contract would not be enforceable. So either Blucher was incompetent or knowingly deceived the player that he represented in order to sign a contract that would have been financially lucrative for both the player and the agent involved.

Kurt Tippett has suffered an incredible amount of backlash, both from the media and the football supporter community, but the truth is that he’s the victim of both the Adelaide Football Club and Peter Blucher, despite being aware of the circumstances.

After the Ricky Nixon scandal, the AFLPA was already undergoing the process of revising agent accreditation and regulations. It is essential that when the investigation is complete, should Blucher be found guilty of incompetence or deliberate misrepresentation, that he is banned from representing players. The most important role of a player agent is to protect the player and Blucher clearly failed to do that, resulting in his client being fined $50,000 and losing the ability to play AFL for half a year.

If there is a certainty in the fallout of the Tippett Saga, which is expected to reach its conclusion after Christmas, it should be that the Agent Accreditation Board prevents Blucher from representing any AFL players in the near future and Tippett will have to find a new manager to go with his new club, Sydney. 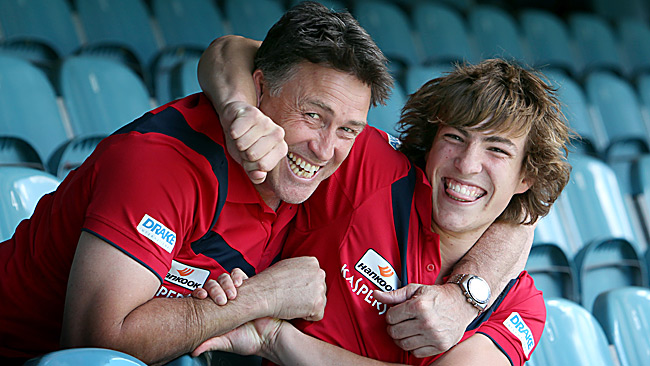 Ethan Meldrum - 27 September, 2012
0
One of the easiest comments to make in review of the 2012 season is how disappointing the year was for Melbourne. After four wins -...

Jared Rivers to become a Cat

The mid-week review: Round one