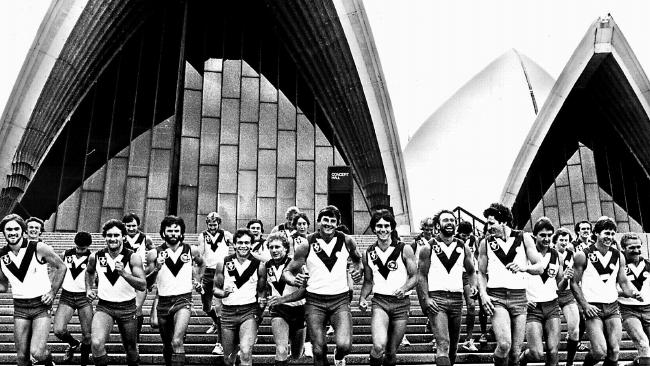 It’s a hypothetical question at the moment that supporters of the South Melbourne Football Club unfortunately faced in the early 1980’s. That is the question of whether you would still support your club in the event of a forced or chosen relocation?

At present the Sydney Swans are seen quite rightly as a continuous entity from the South Melbourne club that was formed back in 1874, even though the Swans upon undertaking a private ownership phase in the mid 1980’s did have to pay the VFL a licence fee to remain in a competition, that they as South were a founding member of in 1897.

At present there has been some discussion on social media regarding the possibility of North Melbourne relocating to Tasmania. As such I decided to run a twitter poll on the subject of whether supporters would embrace such a move by their own clubs. Would the fans elect to remain wholeheartedly as supporters? Or would they become more of a passive supporter, choose another club or even not follow any club at all in the AFL.

Here are the results received on the poll.

Would you still support your AFL club if they were relocated to another state? #TuesdayPoll

At present, the majority of fans would stick by their club one way or another in the event of a relocation, but notably 23% would give up supporting the AFL competition entirely. Whether they would instead would become more active fans of their local club in a less professional competition would be a decision they may elect to make.

If you have any thoughts on the matter, feel free to engage here, or with us on twitter at @TheDropPunt.

Paige Cardona - 16 May, 2013 0
AFL boss Andrew Demetriou has officially confirmed the findings of an outrageous spike in the number of positive tests returned for illicit substances, by...