With Essendon facing the very real possibility that all their premiership points will be stripped for this season, suddenly the race for eighth spot has become the race for ninth. And while Richmond are shockingly out of contention for this position on the ladder, plenty of teams have a shot of making finals from what is usually the most heartbreaking spot on the ladder.

Currently occupying ninth position is Carlton with nine wins and ten losses, with West Coast only behind on percentage. On eight wins there is North Melbourne, Adelaide and Brisbane. North Melbourne are in the best position of these three with an incredible percentage due having the largest average winning margin in the competition, as well as the second smallest average losing margin. Also in contention – mathematically at least – are Gold Coast with seven wins and Western Bulldogs with six.

With three matches left in the season to play, ninth spot is well and truly anybody’s to claim. Interestingly, eighth spot is also still in play, with Port Adelaide only two wins clear of Carlton and West Coast. So with two potential finals places up for grabs, which teams will make the most of their run home, and which teams will stumble at the end of a long season?

With a win against Carlton all that’s required to secure a spot in the top nine, Port Adelaide will ensure that they are switched on for what is shaping up to be a blockbuster round 23 match. Other matches include a winnable match against Gold Coast and a difficult interstate trip to fourth-placed Fremantle.

What Needs to Happen: Wins against Gold Coast and Carlton will be enough to secure eighth spot.

If Carlton wants to make the finals, then they will have to defeat potential finalists to make it. The match against Richmond this weekend shapes as the toughest of three very tough matches. If Carlton is to cling to ninth position, they’re going to have earned it against all odds.

What Needs to Happen: If Essendon continue their recent form, then a win against Essendon looks likely for Carlton. From there, Carlton would want to win against Port to finish on 44 points. This would be enough if West Coast fails to defeat Geelong and Collingwood, and none of the teams on 32 points win all of their matches.

With one of the toughest last three rounds of any finals hopeful, West Coast will have their work cut out if they want to make September. A home match against second placed Geelong, followed by an interstate trip to Collingwood before returning home to face fellow finals contender Adelaide is a tough ask for any side in the competition. However, West Coast will take confidence from a strong performance against Essendon last week, and at their best, West Coast can threaten any side.

What Needs to Happen: A win against Adelaide is a must, as well as a win against Geelong and/or Collingwood. If West Coast wins two of their last three matches, then the Eagles will find themselves rooting for Port Adelaide against Carlton in round 23. If Carlton win one or none of their last three matches, and none of the teams on 32 points win all of their matches, then West Coast will finish ninth on 44 points.

North Melbourne has had a very disappointing season, losing seven matches by two goals or less. If those matches had been wins rather than losses, then the discussion about North Melbourne would be whether they could hang on to their spot in the top four, however as it stands, the discussion is whether or not they can make the finals at all. And with an exceptionally tough final three matches against three top eight sides, it seems likely that, once again, North Melbourne will falter in the last quarter of the season.

What Needs to Happen: The main priority is for North Melbourne to perform well for all four quarters in these matches. Secondly, North will want both Carlton and West Coast to win no more than two matches each – with their respective last three matches it is extremely likely. Due to North’s strong percentage, all North Melbourne have to do is finish on the same points as the team that would finish ninth.

With the easiest run home of any finals contender, Adelaide might just be the team to steal ninth place and capture an unlikely finals position. With a match against the hapless Melbourne already pencilled in as a victory for the Crows, Adelaide needs to ensure a good showing against the Dogs to set up an enticing match against the Eagles in could be the battle for ninth spot.

What Needs to Happen: Adelaide need to ensure they don’t slip up against either the Dogs or the Demons, which would take them to 40 points. If Adelaide navigates the first two rounds without slipping up, then it will set up a match against West Coast, who will hopefully have lost to either Geelong or Collingwood – preferably both. If Adelaide wins against West Coast, then they will finish on 44 points, and will finish ninth if Carlton wins one or none of their remaining matches and North Melbourne loses at least one of their matches.

Two home matches against sides below them on the ladder will set Brisbane in good stead for a final round match against Geelong at Simonds Stadium. Should Brisbane win as expected against GWS and the Bulldogs, they will throw more than just the kitchen sink at Geelong to try and escape the fortress at Geelong with both an unlikely win and an even unlikelier finals position. Having already defeated Geelong once this season, Brisbane might just dare to dream.

–          Carlton needs to lose against Richmond and one or both of Essendon and Port Adelaide,

–          West Coast needs to lose against Geelong and Collingwood,

–          North Melbourne needs to lose at least one of their matches, probably against Hawthorn or Collingwood, and

–          Adelaide needs to lose one of their matches, probably against West Coast

What Needs to Happen: Gold Coast need to win all their matches. If the Suns beat Port Adelaide, St Kilda and GWS then they will finish on 40 points, but will still need a lot of luck to finish ninth. To do so, the Suns would need:

–          Carlton to either lose all their matches, or only win one match but lose a lot of percentage,

–          West Coast to either lose all their matches, or only win one match but lose a lot of percentage,

–          Adelaide to defeat West Coast, but lose to Western Bulldogs. While a loss against Melbourne is unlikely, it is preferable, but if   Adelaide win, Gold Coast will need to win by enough to finish with higher percentage, and

–          Brisbane to lose against Geelong, either lose one match against GWS or Western Bulldogs OR finish with a lower percentage than Gold Coast

What Needs to Happen: A miracle. The Western Bulldogs need to win all their matches by an accumulative 366 points to finish with a percentage of 100%, which would maybe be enough if every other result goes their way. The results that need to happen are:

–          Adelaide to defeat West Coast, but lose their other two matches by more than 18 points (as well as whatever margin they defeated West Coast by) to finish with a percentage below 100%

So while, clearly, some teams are more likely than others to finish ninth, the race for the finals is still well and truly on. And with seemingly millions of possible outcomes, nothing is certain. That is, unless you support St Kilda, Melbourne or Greater Western Sydney.

Note: This is all speculation. This is not an assumption that Essendon will be stripped of premiership points; it is merely an exploration of the potential situations that may emerge should that situation arise. 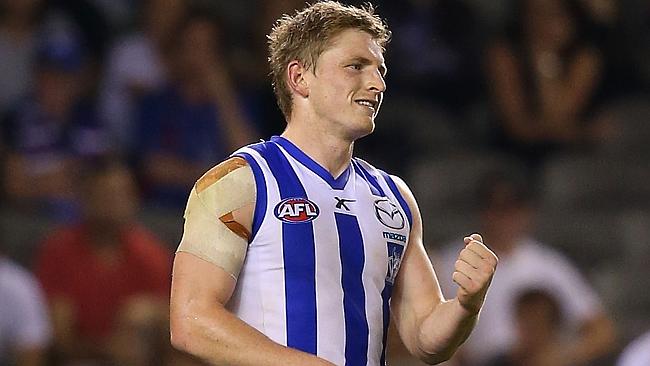 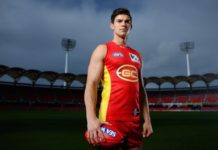 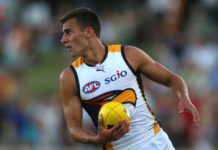