What got us talking: North on top

For the first time since 1998, North Melbourne will go into round five top of the AFL ladder.

The Roos’ start to season has been blinding. With four wins and zero losses to their name, they can proudly announce themselves as the last unbeaten team of 2016.

“It’s always nice to be 4-0,” star midfielder Jack Ziebell told ABC Grandstand earlier this week. “We’ve had a pretty even start to the year- we haven’t played out best footy in the four rounds, but it’s nice to get the job done and be sitting four-zip.”

While this start is impressive, doubters will surely question the quality of their recent opposition.

Beating Adelaide in round one was no easy feat. The first game of the year is usually an allusive match for Brad Scott’s Roos, so this impressive win could prove to be a defining point of their season.

The away win against Brisbane was required. But rather than stumble like they might have in recent years, they were able to add another win to their tally.

Round three against Melbourne loomed as a surprising danger game. The result could have very easily gone the way of the Dees, but the Roos once again managed to scrape through with the four points.

Defeating the Dockers last weekend saw the Kangaroos notch up their fourth consecutive win, a feat that hasn’t been achieved since 2005.

It seems like this year North are in the business of breaking records.

While some of these wins have been expected, and probably will be glanced over for their insignificance, the fact remains that they have won them. North Melbourne have done what they needed to do, and have put themselves in good stead for the rest of the season.

Their footy has not necessarily been flawless though. Roos player Jack Ziebell is the first to say improvements are still required.

“Our offensive game is something we don’t need to put too much work into, it’s come pretty naturally for us over the last five years or so,” Ziebell said. “But in the defensive game, if you’re consistently allowing teams to kick 100 points, you’re probably going to be losing more games than you win.

“It’s something we need to address … particularly this week against Gold Coast. It’s going to be a big challenge for us.”

These challenges will only become harder as the season progresses. While North has apparently been given the ‘easy’ draw, from round ten onwards they will come up against Sydney and Hawthorn twice, Adelaide in Adelaide, and the Bulldogs at Etihad.

These games will no doubt be testing, and the results will show us where North is in the grand scheme of things.

But if they have enough wins in the bank from the earlier part of the season, and if they continue to win matches they ‘should win’, then North could finish the season top-four. In once again record breaking fashion, it would be for the first time since 2007.

While a home-final position has been allusive to the Kangaroos in recent years, coach Brad Scott believes his side is in the right headspace this year.

“We are a side that is a lot more mature and I don’t think we give up games easily,” Scott said. “I think the guys have got a real attitude that if you are going to beat us, you are going to have to play well, because we are not going to hand you anything.’’

And as Kangaroos midfielder Sam Gibson has said, North continue to “just find a way to win”. Whether that’s luck, determination or pure talent, we are yet to find out.

But one thing’s for certain… with their current form and ladder position, North are definitely the envy of the rest of the competition.

What we learnt from round 4

– Pies, Tigers and Dockers’ woes are not going away, while Port is “disgraceful”

Another week, same disappointing results. Collingwood lost to a Melbourne side they would usually defeat, Richmond looked second-rate against the Eagles, and the Dockers were dominated by ladder-leaders North. But hearing Port Adelaide President David Koch call his side “disgraceful” had to be the cherry on top of a very bad cake.

We already know this. If you elect to bump and then hit your opposition high, you will spend weeks on the side lines. There was no doubt that Gold Coast player Steven May would be suspended for his hit on Lion, Stefan Martin. Lucky to have not done more serious damage, May’s five weeks off seems to be a reasonable deal.

– Adelaide are here to play

The Crows vs. Swans match lived up to the hype. With intensity at the ball and a close finish, it really felt like finals had come early. But the real story was Adelaide coming through with the win. The Crows showed everyone they’re serious contenders in 2016, so the real question is: who needs Dangerfield?

What we can expect from round 5

Adelaide will once again be tested this week against reigning premiers Hawthorn. Expect a packed MCG and a high scoring contest with another close finish. The last two wins for the Hawks have come across as lucky, so the Crows are every chance here.

– Battle of the big forwards

Another potential top-four clash in Sydney vs. West Coast. The Swans will be hurting after their loss in round four, but an SCG setting will make them feel right at home. It will be a battle of the big key forwards, with Buddy Franklin and Josh Kennedy hopefully kicking couple of bags to keep the fans up-and-about.

While this round has some exciting games, the second half of the weekend will be make-or-break for a few sides. The Dockers need to win against the Blues at Domain Stadium if they expect to keep their season alive. Likewise for Richmond and Collingwood, who both play two ‘winnable’ teams in Melbourne and Essendon. 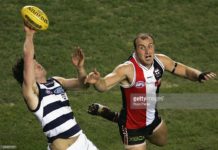 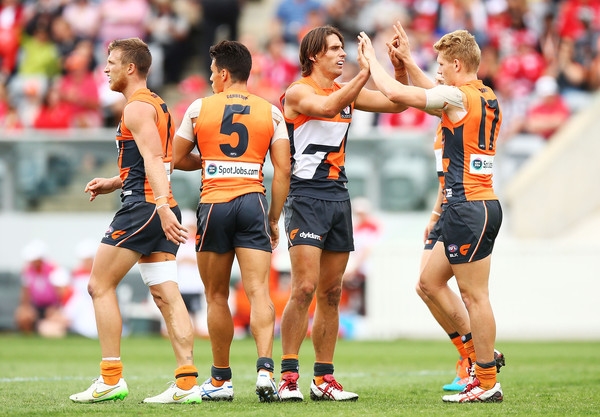 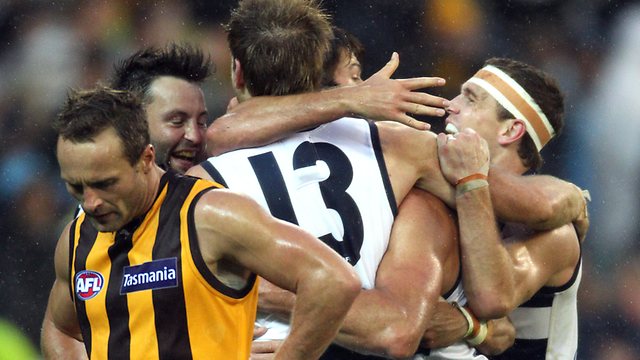 Ben Cuzzupe - 2 August, 2012
0
With Round 19 ahead of us, the new trend of tanking has caught on like Indie haircuts on West Coast players. The AFL, the...