What got us talking: MRP and tribunal misjudgements

So when Essendon’s Adam Cooney bumped GWS player Stephen Coniglio high on the weekend, heavy scrutiny was expected. Coniglio’s concussion and subsequent doubt for this weekend didn’t look favourable for the Essendon recruit.

And come Monday, it looked like an unfavourable result for Essendon would be the case.

The match review panel (MRP) sent the incident directly to the tribunal. The MRP’s grading of the incident would have seen no more than a three-week ban down to two. They believed that sort of result wouldn’t have been adequate for the severity of the incident, and knew the tribunal had greater scope to work with.

But this backfired horribly. The tribunal judged the incident as careless, high contact and medium impact. With this judgement, the tribunal handed Cooney a one-match ban.

There was a series of factors the tribunal also took into consideration. Although having a ‘good record’ is not an acceptable defence anymore, Cooney’s unblemished 230-game career – which has seen him never being suspended – proved an influence on the decision.

Cooney also received a glowing endorsement from his former coach Rodney Eade, who told the jury Cooney “was always a ball player” and that “what happened is out of character for him”.

But do these factors make the decision right? Definitely not. In fact, Fox Footy’s Gerard Whateley summed it up perfectly: “it’s outrageous”.

The AFL has done so much to try and protect the heads of players. Rules have come in to regulate and prevent careless incidents where a player’s head is in danger. And for the most part, the MRP and tribunal offer quite heavy sanctions for those unsavoury incidents.

But this year has seen a lack of consistency and fairness.

For example, Bryce Gibbs was suspended for three weeks down to two after his sling tackle earlier this year on Robbie Gray. In the incident, Gray’s arms were pinned to his side, leaving him unable to brace himself as he was slung into the ground. Gray was stretchered off the ground and took no further part in the game.

Although some people disagreed with the decision, it appeared the MRP was setting standards as to what was acceptable and what was not. They deemed any action that results in a player being concussed, regardless of the intentions, as punishable. Not all liked it but all accepted it.

But then two weeks after the Gibbs’ incident, Port Adelaide player Jay Schulz performed a sling tackle, which again resulted in Swans player Ted Richards being driven into the ground. Richards was also carried off and spent the rest of the match on the bench with a concussion.

Many expected a result similar to that of Gibbs’. The incidents were almost identical. But a mere technicality saw Schulz cleared of any suspension.

The resulting outrage was expected. The lack of consistency and disregard for player welfare was appalling: the MRP had let us down. And now with the Cooney decision, the tribunal has as well.

Cooney chose to bump the player instead of going for the ball. He hit Coniglio in the head, which left him out cold. And Cooney will only miss one match as a result.

It’s been a topsy-turvy and quite honestly shocking year for the MRP and tribunal.

They owe it to the competition to provide consistent and fair decisions. The players, clubs and fans need and deserve better than this. Let’s not make these misjudgements a habit.

What we learnt from round 19

– Hawthorn once again too strong

West Coast did so much right in the game but the Hawks fought back like any reigning premiers should. They proved they can win anywhere, anytime and in any circumstance.

While there’s no call for alarm just yet, discussion of Richmond as premiership contenders might have been a bit premature. Adelaide was fantastic, if a bit off in front of goal, and the Tigers just couldn’t match it.

The Dogs trampled over a disappointing Port on the weekend and landed themselves in fourth spot. It’ll be interesting to see if they can hold it, but a finals position seems locked in now.

What we can expect from round 20

The derby in Western Australia and the Geelong-Hawthorn game will provide some great, contested footy to watch. All four teams are coming off good form so expect high tackle counts and close finishes in these two matches.

– Eighth place up for grabs

Adelaide and GWS are hovering just outside the top eight. Winnable games this weekend, and a bit of luck in the form of a Geelong loss, could see either team move up into the finals race.

– Solid responses all round

Richmond and Sydney need to fire back this week after disappointing and lacklustre round 19 results. They’ll both come away with a win to keep among the contenders. 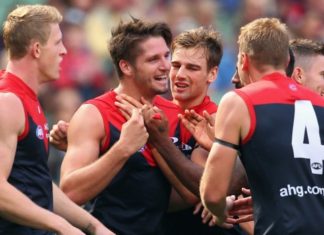 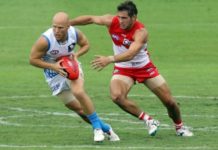 Bombers faithful must stand by their club