The welfare debate in the AFL has an elephant in the room; Docklands Stadium.

It appears there is a growing divide in opinion; those who are in favour league intervention to the strugglers and those who demand an end to handouts for poor governance and weak revenue streams.

There are two struggling Victorian clubs at the moment.

The Demons are looking to finalise terms for a bailout from the financial black hole that has been caused by a raft of both on and off-field issues. Estimated losses for the year so far are estimated from anywhere between three to above four million dollars, a source indicated.

The Western Bulldogs are not financially stable either, incurring further substantial debts due to the delay of construction of their Edgewater Complex. When announced, the official line was it would be open in 2011. Thus far fencing has been erected around the area sometime in 2012, and ground work has not begun as of May 2013.

The debt attributed to the Western Bulldogs has been referred to from a source as “concerning”, but “stable” due to AFL assistance. It must also be noted, a portion of the current debt was incurred from the David Smorgon era.

Whilst North Melbourne and St Kilda have created some financial stability in the last five years, there is still the continued loss of revenue from incredibly average crowds and the high break-even threshold.

Whilst Melbourne is the exception to this, North, Saints and the Dogs share one constant, having a home ground at Docklands.

Over-shadowed in the aftermath of the Essendon drugs scandal, an article was published in The Age outlining wealthier clubs creating a unified push in getting the AFL to purchase Docklands from its current owners.

After the numerous times wealthy club CEOs and presidents spent the summer shooting down suggestions of a ‘luxury tax’ and a raft other equalisation methods, it appears they came to a solution.

Whilst many will decry this as wealthier clubs trying to dodge any obligations or ways to assist financially weaker clubs, they do present arguably one of the most sensible ways of getting the equalisation ball rolling.

Two of the stronger financial tenants of Docklands, Essendon and Carlton, have both made pushes and pleas to their supporter base to up membership numbers so there could be a case to shift to the MCG.

Whilst they may argue that this push is for ‘sentimental reasons’, there is no denying the major financial benefits that are coincidentally on offer for shifting to the MCG.

The main issue in all this is the breakeven threshold for playing games at Docklands. The number has been suggested by a source to be in the vicinity of 26,000 to 28,000 attendances to draw profits. This is on top of the initial $100,000 a club will be promised per home game at Docklands.

North Melbourne made a miniscule $1.2 million from 11 Docklands home games in the 2011 season, thus meaning that only $100,000 was made from gate takings for the entire season.

When compared to the deals that the Cats have at Kardinia Park pre-redevelopment, in which $600,000 to $700,000 can be made from gate takings from an attendance of above 20,000, it outlines the stark inequity that exists in stadium deals.

Other codes have taken advantage since the initial inking of the deals between AFL clubs and the stadium (between 1999 and 2000), with A-League club Melbourne Victory only requiring 12,500 in attendance in order to take gate revenue. That deal was signed sometime in 2004.

Looking at the numbers from this year’s attendances, and considering the Saints and Dogs are struggling off-field, it raises the question why the buyout of Docklands isn’t being championed on a larger scale.

The Saints have done quite well considering their on-field position, clearing the 26,000 mark at Docklands on two out of four occasions so far in season 2013. These were against the larger Docklands tenants in Carlton and Essendon. However, some of their home Docklands games which remain against the Power, Suns and Dockers to come look unlikely to top that number.

The Bulldogs, who are in their second year in a row of poor on-field performances, paint a less pretty picture. They are yet to, from their five Docklands home games, produce a number above the 26,000 attendance threshold.

This isn’t the fault of the Bulldogs or the Saints; they are clubs with smaller supporter bases and are going through a tough on-field phase. Even North Melbourne has only once in their four Docklands home games cleared the 26,000 attendance mark.

The Saints and Dogs are realistically are going to have two more years at the least of playing to these sorts of crowds. North Melbourne may improve in that time, but even then playing to a crowd of 35,000 to 40,000 does not bring home gold-plated profits and gate-takings.

The situation is this: three clubs are not making any consistent gate takings at the venue, and the two clubs that are want to move elsewhere where the gate-taking threshold is lower and more beneficial.

The AFL won’t take over at the venue until 2025. They’ve attempted one round of negotiations, which sees the current stadium price listed at $250 million , paid in some form over the next twelve years.

The AFL’s ability to negotiate with Melbourne Stadiums Ltd, which owns Etihad Stadium, is critical in the next four to five years, as it can create financial stability and an increased revenue stream for these struggling clubs. Also, it must be known that the closer to the time of the handover, that figure will drop immensely year by year.

Whilst such a figure is still an immense amount of money to pay out, the argument could be made is that purchasing the stadium will consider it an AFL ‘asset’, and it could recover costs via other methods such as signage.

All clubs will receive $3.25 million a year, whilst dis-equalisation funding is handed out to struggling clubs. North and the Bulldogs will receive an extra $7 million in the 2012-4 period, and the Saints $5.7 million.

Added together, North, the Dogs and Saints will receive $29.3 million in the period between 2012-6, which is only an estimate at this stage, due to totals for 2015-6 dis-equalisation funding that are still yet to be finalised.

According to budget numbers which have been made public in that document, it suggests that an extra $37 million is available for the 2015-6 period, a whopping 26 per cent of the $144 million allocated to the ‘Club Future Fund’.

Realistically, this $37 million or a large portion of it should be going towards the acquisition of Docklands.

Depending on the negotiation techniques and the manner in which raising the money could be done, the acquisition of Etihad Stadium on these trends is more than possible between 2017 and 2020.

Ultimately, it would be fiscally irresponsible and too risky to the viability of struggling clubs to leave ownership changeover until 2025.

This has the possibility to unite those who are pro and anti-AFL handouts by creating a more sustainable and greater revenue stream for clubs, which both reduces the need for handouts and allows clubs to stand on their own two feet. 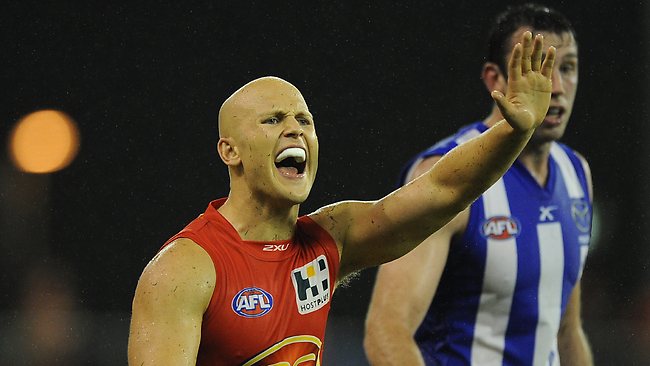 Damien Berry - 12 June, 2013
0
There are some things in everyday life that appear almost certain. Public transport will continue to run late, Jeff Kennett will keep offering his two...