I’d be the first person to put my hand up and say I love social media. I’d then go and contradict myself by being one of the first people to put up their hand and say that I love my privacy.

It’s no secret that of the 800-plus current-listed AFL players running around in season 2013, around 60% of them have Twitter. Twitter is a blessing and a curse in its entirety. A somewhat intimate way to communicate with friends, teammates and fans, before ‘fans’ take the figurative meaning of ‘followers’ to the next level.

Stalking – defined as an act of harassing or persecuting, with unwanted and obsessive attention – is a more serious issue than it is made out to be. The modern day citizen’s ability to “have a cheeky Facebook stalk” of a prospective love interest, or that kid at school that never fully involved him or herself – socially or academically – demonstrates how easy an old-fashioned pry into someone’s private life has become.

In the last five years from 2007, reported instances of victims of stalking have risen to 11 per cent of the population – nearly 2.5 million people. It’s unfortunate in the fact that along with sexual victimisation, it seems to be a commonly silent crime. For AFL fans, there used to be a cataclysmic differential between supporting and obsessing. Nowadays, that distinction is not so distinct.

The story of Richmond defender Alex Rance may be the first to be brought to public attention, but it’s nowhere near the first of its kind. To give background, a 35-year-old man named Scott Thomas developed an “intense friendship” with Rance after staging as ‘fake doctor’ and hinting at the prospects of hosting an MTV show to ‘attract’ the defender. The pair apparently would send each other up to 47 text messages a day before Rance called the ‘friendship’ off in 2011. Thomas went on to harass Rance’s family members, fellow Richmond teammates, attempt to humiliate Rance with messages to his wife and even organised a gay orgy at Rance’s family home. Random people even turned up at the house. Of course, this is extreme. After all, it was certainly juicy enough for the Herald Sun to report it.

Now given the context, it’s not difficult to understand why Rance hasn’t been playing his best football this year; it gives a whole new meaning to ‘off-field distractions’. Speaking to players not quite of the profile of the 76-game Rance, stalking is still an issue. The line of balance between fandom and obsession seems to be no longer mutually exclusive. During my stint as a footballer last year, I witnessed first-hand some of the compulsive behaviour towards my own teammates.

By no means am I attempting to umbrella all supporters in this bracket, but there are many who consider an autograph, a photograph or even a friendly chat to be not enough for them. Romantic attachments formed, supporters ‘coincidentally’ turned up at the same café we were frequenting for lunch, and secondary school students knew my own and my mates’ birthdays better than they knew English at school. Its important to tread carefully and not abash the supporters for their enthusiasm when they show up for every open training session and ask for repeat photos and autographs. If it makes their day, then there’s no worry. But when teammates of mine are asked for their mobile numbers and what they might be up to later on that evening, it’s a different kettle of fish. It’s happened before and is continuing to happen to two former Carlton teammates of mine.

As young adults thrust into the spotlight of Melbourne’s religious appreciation for the sport of AFL football, the sudden increase in attention can be as much tantalising, as it is daunting. Ex-footballers aren’t excluded from supporter fascination either. I currently have a male ‘shadow’ turning up to Visy Park or at my bar demanding my whereabouts and why I haven’t replied to the twenty-something messages during the week. I take no compliment from someone following my every move on Twitter and with knowledge of my professional and personal whereabouts, male or female.

Between my Blues ex-teammates and I, there is a fear of contacting authorities and wanting to avoid the hassle of lawsuits and beyond. I can think of a plethora of things I would prefer to do, than to go down the path that Alex Rance, and his family, currently finds themselves. Never mind the fact I, unlike he, don’t have an obligation to put on a show on Saturday afternoon for 60,000 adoring fans. It’d be bad enough to see my name in that light on the sport pages of any newspaper; I can only imagine the vulnerable position it would put my ‘follower’ in. You only need to look at the scars inflicted on the sadistically named ‘St. Kilda girl’ to know what punishment the modern-day media can inflict on these sorts of people.

At the risk of sounding like a broken record from the weekend in football just part, education is the key – for footballers and fans alike. Perhaps players’ accounts on social media need to be managed by a nominated representative, where tweets are purely football-related; exclusive to personal commentary and with controlled player-to-fan interaction. The AFL Players Association need to rally around their clients in a furthered support network to ensure that matters are dealt with anonymously and with little collateral damage.

At no stage does this article intend to marginalise supporters and their level of passion for their football team and its players. It does however serve a warning that footballers are not holistic, deity-like figures; they are normal human beings.The Alex Rance story does not read well for either party, but one can only hope that the underlying message of the story leaves a stark reminder on the ramifications of blatant over-obsession. 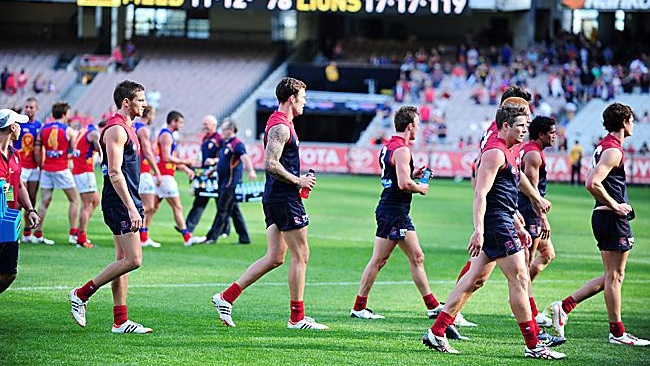 Rhys Woosnam - 17 March, 2013
0
Over the final weekend before the real stuff begins, a number of teams competed in practice matches across the country in preparation for Round...