The St Kilda Football Club is no longer under any illusion. In August last year, coach Scott Watters declared that his side had the capacity to become a “juggernaut” in under five years’ time. Unfortunately, the opening ten rounds to the new season looks like it has extinguished that desire. Instead, St Kilda is left to rebuild from an era which, while promising, failed to deliver the long-starving fans of a much-desired premiership.

With only two victories to the Saints’ credit nearing the halfway stage of the year, St Kilda occupy 16th position, merely scraping above Melbourne, a side in turmoil, and the winless Greater Western Sydney who are struggling with the infamous second-year blues. St Kilda’s fall from grace has been devastating for a side which was one bounce of the football away from a premiership not even three years ago.

The list is aging, with seven players aged 30 or above by the end of 2013. To compare with fellow cellar dwellers Melbourne and Greater Western Sydney, the two sides only have six players in the same position between them. Equally worrying for St Kilda is that most of these players are still vital to St Kilda’s success, with four of the top 10 disposal winners for St Kilda come from the seven players who will be 30 or older by the end of the year.

The common theory regarding team success is that it is fleeting; that often in order to be competitive, a side needs to bottom out to regroup and try again. However, Sydney and Geelong the two most recent premiership sides,  have proved that this theory is not necessarily the case. Due to innovative drafting, impeccable player development and a strong footballing department, both Sydney and Geelong have defied footballing logic to remain not only competitive, but successful in a way St Kilda can only dream of. These two sides, especially Geelong, are the “juggernauts” that Watters wished St Kilda could have been.

Sadly, St Kilda’s drafting and player development were prioritised below immediate success under former coach Ross Lyon, and the consequences are beginning to show. Under Lyon’s guide, St Kilda recruited 60 players through the National, Rookie or Pre Season Draft, or through trading. Of these 60, only 14 remain at the club. In contrast, Geelong’s recruiting record from the off-season of 2006 until the off-season of 2010 results in 43 players recruited, 22 still at the club.

St Kilda’s disastrous run with recruiting, including 2009, where none of the 13 players brought into the side remain, has left the club with a hole in experience. With the inevitable retirements of club greats Lenny Hayes, Nick Riewoldt, Stephen Milne and many others coming faster than the club would hope, the burden of leadership is left on the shoulders of too few.

Watters has already started planning for the future, introducing 14 new players in his one and a half year reign as coach. The challenge now is to entrust these young players to take over from the senior leaders of the club and forge a new path. It will be a struggle, but unfortunately due to the gap in middle aged players, there is little the club can do to avoid a troublesome short-term future. However, Watters and his young brigade will be looking long-term, attempting to create a new St Kilda Football Club legend, a new dynasty. A new juggernaut. 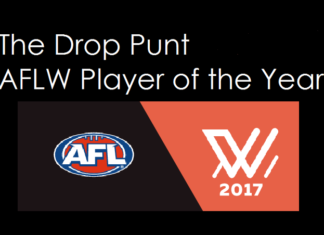 Damien Berry - 20 March, 2017
0
After seven weeks of AFL women's action, the final round of the regular season has come and gone, with two clubs now left standing...

Behind the Tigerland curtain

Wilkinson making a stand against racism