The Western Bulldogs have come full circle with the recent resignation of 17-year president, David Smorgon, and the re-appointment of the Western Bulldogs hall of famer and number-one ticket holder in Peter Gordon, who was sworn in during the club’s annual general meeting.

Gordon was already the saviour of the club in 1990, the man who spearheaded the campaign to prevent a merger and gave an inspirational speech to the Footscray faithful, imploring them to dig into their pocketbooks to save the struggling club from the AFL’s axe.

The Western Bulldogs have arguably some of the fiercest and most loyal members in the AFL, and Gordon intends to tap into the members who have enjoyed financial success through business achievements to encourage them to invest in the future of the club.

Gordon has spearheaded this effort himself with a sizeable fiscal injection into the club he passionately supports. Gordon intends to utilise the vast network of political and legal contacts he has built up in the past 20 years through his successful partnership in law firm Slater and Gordon to rally more financial support for the Western Bulldogs, directly from its heartland.

The Western Bulldogs rightly position themselves as the club of the west with a strong community history and presence. The club focuses on developing, engaging, educating and forming partnerships in its community, from multicultural programs designed to engage immigrants who have been in Australia less than five years, to delivering AFL interaction to schools in Victoria’s western suburbs and the development of grassroots football programs.

With relatively new coach Brendan McCartney, under the guidance of recruiting manager Simon Dalrymple and list manager Jason McCartney, the Western Bulldogs are at the beginning of an exciting rebuilding phase. With 22 of the club’s players 21 years of age or younger, it has the third youngest list in the AFL. Gordon has an ambitious plan for the Western Bulldogs, planning to invest more money into infrastructure and specialist coaching departments in 2013 than at any time in the club’s history.

The appointment of Brent Prismall as player wellbeing coordinator to replace the recently rookie-listed Brett Goodes is a further step in the right direction. Prismall is recently out of the game, comes from a culture of success at Geelong and one of the biggest clubs in the AFL in Essendon, and has the perfect skill set to help young players come to grips with the reality of being part of an elite sporting club. Prismall already has an excellent working relationship with coach Brendan McCartney from his time at Geelong and will perform his new role while pulling on his boots for the Bulldogs’ VFL affiliate club, Williamstown.

The adoption of the ‘Bulldogs Way’ is intended to rapidly accelerate the rebuilding phase of the Bulldogs and put the club in a position to win. It was initiated by Brendan McCartney and former Geelong captain Ben Graham, who recently returned to Australia after working in the NFL as a punter and assistant specialising in strategic operations. Graham’s role is designed to specifically focus on development and recruitment within the projected stand-alone VFL team planned for 2014, rumoured to be named Footscray, in recognition of the proud history of the Western Bulldogs.

The increased expenditure on the football department of the Bulldogs has also resulted in the hiring of former captain and club games record holder Brad Johnson, filling out a group of part-time mentors and skills coaches which also includes Matthew Scarlett and Cameron Mooney. The skill and leadership of these three men will provide a tangible presence and inspiration to the young playing group.

The Bulldogs are presenting a united front from its heartland and their current membership drive has successfully recruited over 15,000 members before the commencement of the 2013 season. The club will be hoping to capitalise on improved football department spending, the recruiting of exciting young talent and the development of its youthful squad to engage in a more exciting display of AFL football in 2013 to return even more members to the fold.

While the present will offer many challenges to the young list, the Western Bulldogs have a bright future with over 20 father-son recruits eligible in the years ahead.

The Bulldogs added to their list with the specific goal in mind of supplementing their youthful squad with experienced players during the 2012 trade and draft period. Young guns Nathan Hrovat, Josh Prudden, Jackson Macrae and father-son recruit Lachlan Hunter will add some flair to the midfield, assisted no doubt by ex-West Coast player and 21-year-old Koby Stevens who sought a trade to the club.

Fletcher Roberts, Liam Jones, Jarrad Grant, Jordan Roughead and Jake Stringer are all throwing themselves with vigour into a rigorous pre-season training program designed to add bulk to their frames and see them competing for a spot in the Bulldogs’ forward line, aiming to add more scoring output than Giansiracusa, Dickson and Dahlhaus managed in 2012.

The loss of Brian Lake to Hawthorn, who has been in dubious form the past couple of seasons, is actually a positive for the Bulldogs. Lake looked both unfit and disinterested at times and the recruitment of 28-year-old Williamstown player Brett Goodes and 25-year-old former Fremantle defender Nick Lower will inject some much-needed muscle, experience and players desperate to play AFL into the Bulldogs backline.

Improved football department spending, a new president, a rejuvenated defensive group, a midfield with young guns and a fully-fit Adam Cooney could see the Bulldogs be far more competitive in the 2013 season and beyond, finally offering some bite to go with their bark. Now they just need supporters to sign up for memberships and turn out at Etihad Stadium to help usher the Western Bulldogs from its heartland and into the AFL spotlight. 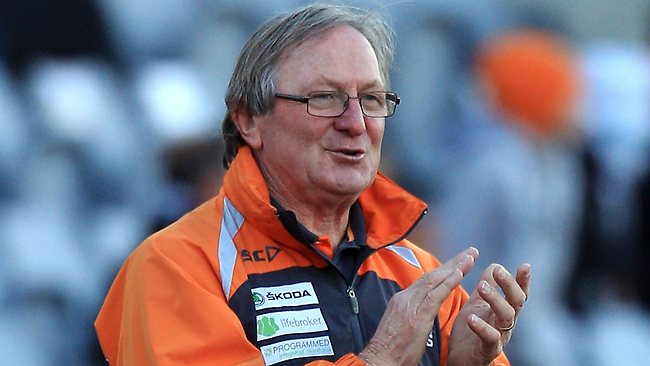 Matthew Lodge - 1 September, 2013
0
It’s going to be a tough day tomorrow. Like many my age, I’ve never known AFL football without Kevin Sheedy. If I was to write...