Melbourne fans are waiting in anticipation to welcome Jack Trengove back into the fold after an injury nightmare that saw the former co-captain come close to calling it quits.

Set to make his first competitive appearance in almost two years, Trengove will be hoping to come through his return without a problem and then attempt to earn his place in the Melbourne team during the early stages of the new AFL season.

The former number-two draft pick and co-captain will make his return to action in a Casey intra-club clash as the Demons management, supporters and playing staff are all desperate to see the 24-year-old complete a remarkable comeback.

Trengove has had to come through two bouts of surgery to solve a broken navicular picked up in Round 2 of the 2014 season. Since then, it’s been a gruelling period of rehab and setbacks but that long road back looks to have paid off, with Trengove now on the verge of making his AFL return.

During the midfielder’s first four seasons in the league, he established himself as one of the most exciting players in the league, scoring 38 goals in 81 appearances before suffering his foot injury. Still in his early twenties, though, Trengove has a lot of football left in him. That is as long as he can make a successful return to full fitness.

On the back of a 15th place finish last season, it’s perhaps not surprising to see the Dees priced at around 8/1 with the AFL betting to secure a top-eight finish this year. Those odds could end up looking a little long if you were to purely look at a pre-season in which Melbourne, Collingwood and Fremantle ended up as the only teams to go through the NAB Challenge without suffering a loss.

While we probably shouldn’t take too much out of the Demons’ performances during pre-season, it has given Melbourne fans some reason to feel optimistic heading into the new campaign after a decade of disappointment and lower-half finishes.

There has been more than enough talk regarding the future of Jesse Hogan and Melbourne will just be desperate to get the new season under way and start putting some wins on the board.

For the time being, Hogan remains a Demons player and someone who could have a massive role to play this year. There are also a host of younger players coming through the ranks that will be hoping to cement themselves in the team this year.

Having missed almost all of his first season in Melbourne due to injury, Christian Petracca could be a key player this year. The same could be said of Christian Salem and Angus Brayshaw, who are both being tipped for break-out seasons.

Without much hope of finishing in the top half this year, Melbourne will be looking to start building for the future and picking up some morale-boosting wins against bigger teams. With a talented nucleus at the club, that’s certainly a very achievable target for the Dees this season. 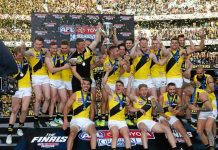 AFL illicit drug policy: the time for change is now

Kavisha Di Pietro - 16 August, 2015
0
Following the events of this past week with the suspension of ex-Collingwood duo Lachlan Keefe and Josh Thomas, it is clear that the AFL’s... 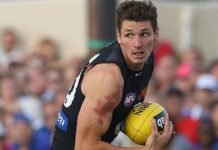 ‘Tis the season to defame