It’s almost a rite of passage in September – a jubilant elimination final winner comes up against a valiant but ultimately beaten qualifying final loser, where the former is fancied over the latter on the back of immediate finals form. More often than not, the loser from the previous week bounces back and avoids a straight sets exit, which made Saturday’s clash between North Melbourne and Sydney even more intriguing. The Roos handed Richmond their third consecutive week one finals exit on the back of experience and poise when it really mattered. As for the battered and bruised Swans, a strong case could be made that they kicked their way out of a home prelim, with Fremantle scraping over the line in a game that typified Ross Lyon’s modus operandi.

In what is likely is to be the final game of football at the much maligned ANZ Stadium, it presented a chance for North to match their preliminary final spot of 2014 while Sydney still crave redemption from their grand final mauling last year. This, of course, was a re-match of the preliminary final of last year, where Sydney comprehensively won but much has changed since that game. How will Kurt Tippett’s underrated but important role in Sydney’s game plan change with both Lance Franklin and Sam Reid missing? Who would Ben Jacobs go to? Would Jarrad Waite continue his stellar form from the previous week?

ANZ Stadium as a football stadium is probably finished for good but how both sides adjusted tactically early on was profound. The Olympic stadium is just 118 metres wide in AFL mode, coming in as the second skinniest ground in the country. With a tick over two minutes played in the opening quarter, the way in which North’s defensive setup was going to have to adjust was evident. In this particular play above, Ted Richards kicks to what is the skinniest wing of the ground, with the lack of space meaning the ball went out of bounds, rather than North intercepting and rebounding via the opposite wing. This happened again with 10 minutes to play in the first term. Jake Lloyd (above) had no other option but to find the open side with a short kick to Jeremy Laidler, as Brad Scott’s tactics successfully blocked off the near wing. In the modern game it’s all about team defence but the slight adjustment in ground conditions meant that in the early stages, that was an old-fashioned one-on-one contest.

Laidler (below) picks the right option but in what was becoming a theme of the night, his long kick was too slow and North’s defence killed the contest. Cunnington was arguably North’s most important player on the night. He amassed 29 disposals (14 contested), took two marks, laid five tackles but most impressively had seven clearances, with only midfield brute Jack Ziebell having more during the game. The signs that he was going to have a big say in the game was evident early on as he took his only two intercept marks in the first quarter. In the second of his intercept game (above), North had successfully hemmed in Sydney, with their only option being to hug the near wing. Cunnington positioned himself brilliantly, allowing him to peel off and take an uncontested mark. His heat map also illustrates the way in which he played more as a winger in the first quarter. Playing a Robbie Tarrant-like role, when the footy was in his hands it usually meant North’s defensive wall had thwarted a Sydney attack. He later reverted to his more traditional midfield role through the corridor but the way in which his steadied his side early was key. Over the course of the night Cunnington gained 401 metres, the fourth-most of anyone on the ground. Put that down to a Scott coaching win.

The tale of two forward entries

The way in which both the Roos and Swans went inside 50 during the night played a pivotal role in North’s victory. With both Franklin and Reid missing, Kurt Tippett landed up playing as a more traditional forward compared to earlier in the season, where he would provide ample support to Mike Pyke in the ruck. In the second quarter, the above example typifies North’s cleaner ball movement inside 50. From a Swallow mark, he has not one but two obvious forward targets. As he was last week, Jarrad Waite lands up being key here. Waite was able to get off the leash against Heath Grundy and provide the least likely target but the one in which Swallow landed up taking. You could find 10 different examples of this happening across the night and it summed up how clean North looked going forward compared to a flailing Sydney forward line. The Swans defenders were run ragged all night and were no match for the dynamic North forward line, despite the late withdrawal of Robin Nahas and only one quarter of Lindsay Thomas. From a centre bounce in the second half, Goodes (above) kicked in long and in truth played right into North’s hands. Brad Scott recognised the lack of clean Sydney movement going forward and dropped a man back in the second quarter. This allowed the Roos to either intercept and switch quickly or kill the ball over the line. Sydney didn’t take one mark inside 50 until early in the third quarter and that summed up their night. Seven goals in a game isn’t going to win many football games, let alone a cut-throat final.

The reason Sydney went out in straight sets was for two main reasons – their ineptness going forward and North’s inside midfielders getting on top with both Kieren Jack and Luke Parker out.

The third quarter brought renewed hope amongst Swans fans. They had 18 inside 50s compared to North’s 10 in the third term – the only quarter where they beat the Roos in that stat. What they couldn’t do is turn that forward half dominance into scoreboard pressure. They only landed up kicking two goals from 18 entries, summing up their night of haphazard hit and hope kicks going inside 50. As Hannebery (above) lines up for a shot just outside 50, North simply clog up space with Scott backing his defenders to win out. Hannebery is forced to centre the ball and North won a free kick and stopped another Sydney attack.

Weight of numbers was the name of the game for North and Sydney’s lack of targets was telling throughout the game. As pictured above, the rare chance Sydney was able to hold up and find a target in the corridor, they were able to find multiple targets who got goal side of their opponents. While James Rose ultimately missed from a play set up by Goodes, the Swans failure to do this more often was a large part of why they didn’t win. North successfully manned space for the majority of the game and that contributed to Sydney’s stuttering transition.

North march on to another prelim and it doesn’t get any easier, as they prepare to make the daunting trip across to Perth for a Saturday date with the Eagles. The Roos will have to be better in almost every aspect if they are to even entertain the possibility of pulling off an almighty upset. In beating Sydney, they became the first side to make a prelim from eight but in truth, it was a contest that never really reached any great heights. The Swans were lucky early that North could not capitalise on their dominance, otherwise it could have been a lot worse than a 26-point finals exit.

Adam Goodes kicked the first and last of Sydney’s goals and in truth, deserves so much more in his final game than making a low-key exit in front of a paltry crowd as the Swans crashed out of the finals. Goodes was one of the Swans best here and in retiring, leaves a huge hole in the football landscape. Much has been written about his frankly sad exit from the game in 2015 but his legacy both on but more importantly off the field will live on. He may land up being one of the most important figures in football history, despite the repugnant booing that punctuated his final season of football. The game has lost an important figure and it’s going to take a hell of a long time to fill the void.

All images and heat maps courtesy of AFL Live 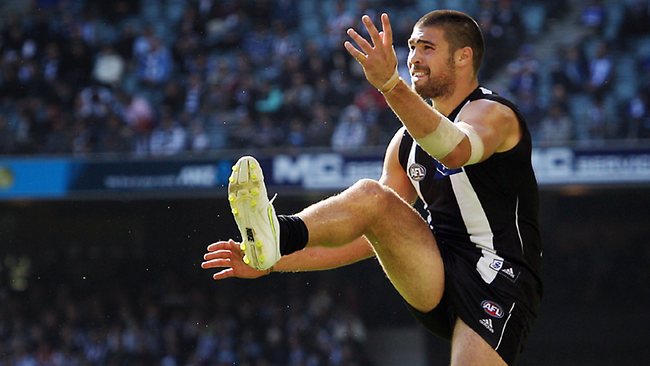 Ethan Meldrum - 16 October, 2012
0
After an extensive period of discussions and talks, it was revealed that Chris Dawes’ desired exit from Collingwood was to be as far away... 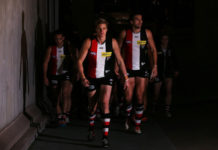