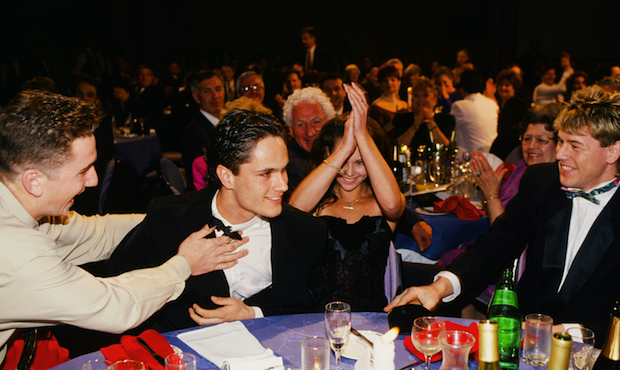 On a Monday night in September 1993, in front of a national television audience, Essendon’s Gavin Wanganeen would defy pre-count favourite Greg Williams to claim the 1993 Brownlow Medal. The ex-South Australian Wanganeen had turned 20 in June and after 60 games with the Bombers, was now hailed as the best player in the land.

The following Saturday, he along with his teammates would make it a week to remember with Essendon easily defeating the more experienced Carlton in the Grand Final, claiming the Bombers’ 15th premiership in the process.

But where did Wanganeen get the better of the prodigious ball accumulator in Williams to win footballs greatest individual honour?

Meanwhile, it wasn’t until Round 8 that Wanganeen would earn his first Brownlow votes for the season, coming back-to-back in Rounds 8 and 9. With Essendon easily accounting for St. Kilda and the Crows, Wanganeen would poll five votes, with 33 disposals against Adelaide earning him maximum votes from the umpires.

Controversially, Williams would fail to poll even a single vote despite accumulating 44 disposals in Carlton’s nine-goal win over Melbourne in Round 10. Ultimately, the failure to poll here would cost Williams a share of, or even an outright Brownlow win.

Two weeks later, Williams would take his vote tally to 11 with a further two votes coming in the Blues 79-point thumping of Adelaide at Princes Park.

The Round 13 MCG clash between Essendon and Richmond saw Wanganeen feature in Brownlow voting with his 23 disposals in the Bombers’ 78-point demolition of the Tigers earning him two votes, taking his tally to seven, four behind Williams.

Carlton would travel to Perth in Round 14 and in one of the games of the season, outlast the reigning premier West Coast by just a single point. Williams being declared best afield with three goals and 30 disposals helping his season tally to 14 votes.

It would be Wanganeen who would feature in the votes in Round 16, and in fact begin a four-game streak which not only would take Essendon from seventh to top spot after Round 19, but also see Wanganeen poll 11 of a possible 12 Brownlow votes. In doing so, Wanganeen went from seven votes behind Williams after Round 15, to two in front just four weeks later.

Unfortunately for Williams, his 37 disposals against Hawthorn in Round 18 wasn’t enough to poll maximum votes ahead of teammate Justin Madden, as he moved his vote tally to 16 for the season.

While Wanganeen wouldn’t poll any further votes after his four game hot streak, Williams only polled one more vote himself, coming in the Blues one-point win over lowly Sydney in the final round of the season.

Wanganeen’s four week super run of form and 18 votes in total was enough to secure a winning lead over Greg Williams (17 votes), and the ineligible Garry Hocking (17) to win the 1993 medal by a solitary vote.

While Wanganeen would again celebrate with the Bombers’ premiership win, Williams would go one better himself the following season, winning his second medal, polling 30 votes to win the 1994 Brownlow by two votes over star Eagle wingman Peter Matera.

Damon Jackman - 19 September, 2014 0
Joel Selwood, the outright favourite and hot tip for this years Brownlow Medal presents as the most attractive contender for a multitude of reasons. The...