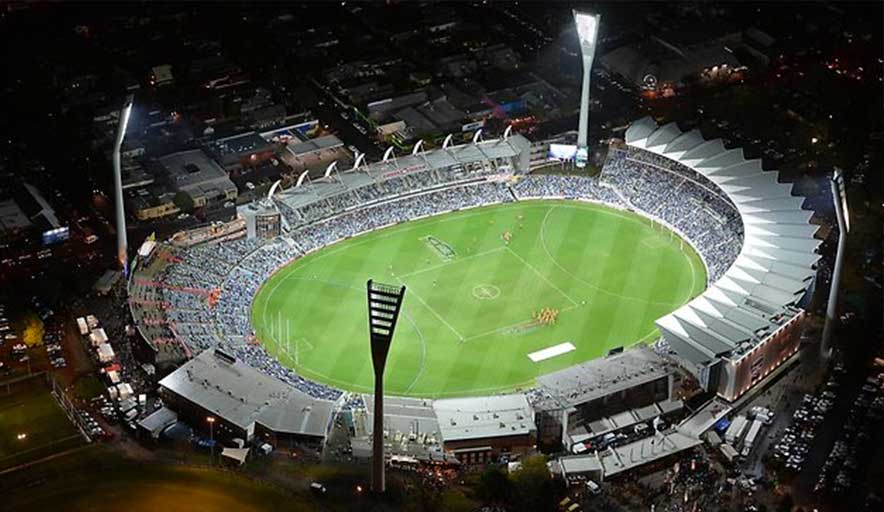 On Friday night in front of more than 30,000 home fans, Geelong defeated the top-of-the-table Adelaide Crows by 22 points, marking the third win in as many weeks by the Cats at their home ground in Simonds Stadium.

Due to the construction of the new Charles Brownlow Stand, the Cats were unable to host their first game in front of their adoring fans until Round 9, but they have more than made up for it since, with wins against quality opponents in the Western Bulldogs, Port Adelaide and now the Crows in successive weeks.

Geelong, amongst Victorian clubs has a unique situation in which they have a genuine home ground advantage, whereas every other Melbourne based side shares their main venue, being either the MCG or Etihad Stadium with a host of other teams.

As expected, the added boost that Geelong often receives from playing its games at a true home venue, rather than on neutral ground has done wonders for their win-loss record in Geelong over the last decade.

Since the beginning of the Cats’ premiership year of 2007, Geelong has played 79 games at Simonds Stadium and has won a staggering 71 of them, at a strike rate of almost 90%. To put it another way, over the last 10 and a half seasons of AFL football, Geelong has lost just eight games at home.

Looking more recently, since the start of 2016 Geelong has lost just the one match at home out of its last 11, that being the 38-point defeat they suffered in Round 16 last year to the Sydney Swans, a team which ultimately ended the Cats’ season a few weeks later in a preliminary final at the MCG.

Of the Cats’ 71 wins at home since 2007, 57 have been by more than four goals, and 24 by more than ten, highlighting the difficulty opposition clubs have when travelling down to Geelong. The only teams to beat Geelong in Geelong over the last decade have been Fremantle twice, most notably in the Cats only final at Simonds Stadium in 2013. Also the Sydney Swans (2011 and 2016) and North Melbourne (2007 and 2015) also have had multiple wins over the Cats, whilst Melbourne (2015) and Port Adelaide (2007) have the only other wins over Geelong during this time.

Now that the latest stage of the Simonds Stadium upgrade is complete, it will be a regular occurrence to see 30,000 odd Geelong fans packing out the upgraded stadium at full voice, making the trip down to Geelong just as intimidating for opponents as it is for teams travelling interstate to play in front of packed houses at the Adelaide Oval or in Perth at Domain Stadium.

With the last three wins in a row at home Geelong now sits entrenched inside the top four with a 8-3 win-loss record at the halfway mark of the season. Given the Cats also have a further four matches to come at home, plus the possibility of a home final in Geelong, it seems that this Geelong outfit of 2017 yet again, as they have done for the bulk of the last decade, will be thereabouts and challenging for the premiership from a top four berth come September.

Zac Tangey - 1 May, 2013 0
Two of last year’s finalists are struggling five weeks into the season, with only two wins between the sides. Both North Melbourne and West...

How the interchange cap reductions will change the game