This isn’t what I grew up watching. I don’t recognise football any more.

I’ve heard that a lot in the last couple of months, the admission by some that the events of the year have finally eroded at the everlasting love they’ve built for years.

Lawyers will decide this saga that has overshadowed the season from here on out. They’ll be walking down large halls, clasping briefcases overflowing with testimonies and evidence, either incriminating or exonerating the players in this game. It will play out for years and it will be expensive, with victory not guaranteed for any side.

This is seemingly the battlefield in which professional sport will be played in from now on, whenever someone dangles helplessly over the line in search for the spoils of victory.

Whether it is Essendon’s perceived recklessness, James Hird’s alleged sins, the AFL’s overarching lust for power or the helpless bureaucrats caught in the middle, it’s gone too far. Far to the point in which we can’t take any of it back, too far ingrained in the public’s consciousness that the only way the bubble can be moved, is for it to be burst.

When one reflects over the context of sport in the Australian culture, it’s ingrained within life itself. Deep enough in which most of us either participate in it or view it on a weekly basis.

It was always going to be difficult for people to separate this saga from the context of real life, with people on both sides who are that emotionally and professionally entrapped; they are threatening to walk away for good if the desired result doesn’t get delivered.

Cameron Ling mused two weeks ago, when commenting on Dean Robinson’s emotional state, that football shouldn’t drive someone to take their own life.

We’ve arrived at a point in the saga where the truth and the whole story may be hindered or completely barred from release to public eyes. For those who will scream for natural justice in a sporting sense, it may take time or never come at all.

For every individual involved in this sordid mess, regardless if the truth never comes out, it will follow them around for the rest of their lives. It’s looking likely to end careers at both the deep and shallow ends of the AFL pool. Consequences will arrive for all involved in a very human way, which may come tomorrow, next week or 20 years from now when they wake with thoughts racing in their heads, deep in the dead of night.

I often pass Essendon’s new base out at Tullamarine, in the early hours of the morning on the way to work. It’s at the end of a thin and narrow road, one home to many overnight airport hotels and car parks. Its ‘hangar’ is the only outline that emerges from the isolated field in which their new home sits, with the cool night air swallowing everything around the skeletal structure in darkness.

It’s very different to the soon former home at Napier Street, with lush trees moving with the seasons and the kept gardens of houses that surround Windy Hill.

It’s almost symbolic of Essendon’s predicament, right in the middle of a period of re-emergence and evolution, to be shunted off-kilter into unfamiliar and cold surroundings. An unexpected winter, right in the middle of what was looking to be a warm and fruitful spring. The Essendon Football Club themselves can and will carry on. They will get past this difficult moment in time, regardless of the punishment and wrath that potentially lies in wait.

It’s easy to get lost in this fact among the spin and the hype, but there are real people involved. We often forget that with professional sport, especially in the unforgiving manner and callous scale in which it’s played out in today.

We’ve been given a rude wake-up call as sports fans, one we didn’t ask for. Football and professional sport is at a crossroads, and there is only hope that time and change will bring new life, after this long period of discontent. 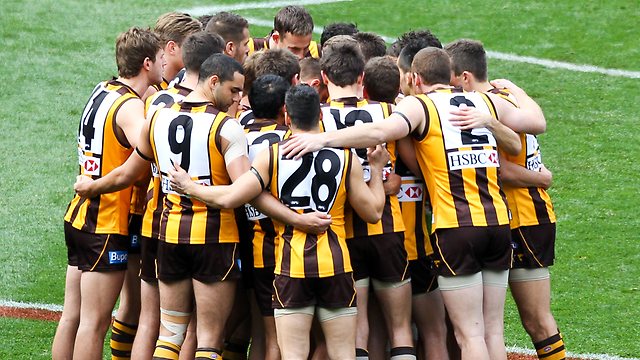 Hawthorn not done with yet

Madelyn Friend - 5 October, 2012
0
After being unbackable favourites for the premiership from the beginning of the season, the Hawks fell at the final hurdle with a shock 10-point... 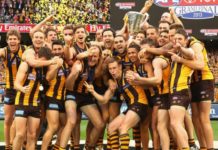