Former Collingwood and Fremantle player Chris Tarrant flies back into Tasmania on May 25th to play for Glenorchy against Devonport, in a battle of the Magpies at KGV Oval. It is just one month since Chris Tarrant played for North Launceston against cross-town rivals South Launceston.

On that night Tarrant was unable to help North Launceston over the line, despite his 7 goals for the game. He will be joined this season by former Western Bulldogs and Richmond player Nathan Brown who will play for North Launceston in June against North Hobart to celebrate their 120th anniversary.

So far this season, Tasmanian football has seen Michael O’Laughlin, Chris Tarrant, Matthew Lloyd and Anthony Koutoufides be fly-in footballers. Brendan Fevola is also due back in the state to play for New Norfolk and while the crowds have been up some have not seen the positive side of having fly-in footballers.

Darren Winter the coach of TSL Club Lauderdale has described Chris Tarrant’s return to the TSL as “disrespectful” and “ridiculous” stating he was completely against former AFL stars flying south for a one-off game.

The positives of having former AFL players playing in the state could outweigh the negatives. When Matthew Lloyd lined-up for Latrobe on Good Friday, not only was it good for the crowd, but the players that were playing as well. Lloyd was giving players advice and even brought good promotion to the club when he was on the Sunday Footy Show discussing it.

It also brings attention to young players playing locally that otherwise would not be seen unless recruiters fly out of their way to visit the state, players like South Launceston’s Jobi Harper who was assigned the role on Chris Tarrant on Anzac Day.

The negative again is that a player must miss out. For Glenorchy when Akermanis was playing, Josh Arnold gave up his number 23 for Aker but a player also had to drop back to the states colts league. The other negative in the past has been the lack of training these players do with the club before hand, with Akermanis only training pre-season.

Chris Tarrant will likely have the one training run with Glenorchy before he lines up for the club on the Saturday against Devonport. Tasmanian Football has not been in the best of states over the last few years, and trying to secure a season long contract for a player like Tarrant might be out of the question.

The money earned from one game can help set up a club for the rest of the season, but AFL Tasmania needs to help support clubs in recruiting the big names.

The Tasmanian State League have a salary cap concession for these one-off players and those coming down to play for a few games, set up when Akermanis was playing for Glenorchy but the cap may need to be dropped to have future stars come and play longer.

Chris Tarrant will pocket $10,000 from Glenorchy, exactly the same amount he pocketed from playing for North Launceston. The clubs have also put on presidents luncheons with these players that have earned them back that and more. 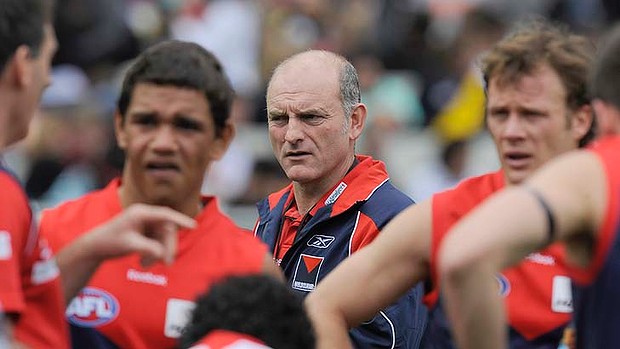 Peter Williams - 1 August, 2012
0
The tanking debate has reared its ugly head once again. During the week, an interview with former Melbourne midfielder Brock McLean on Foxtel’s ‘On the...