To play past the age of 34 in AFL is seen as a big achievement, as years of the physical demands that AFL brings usually force players into retirement in their early 30s. With the modern game getting faster and more demanding, we are sure to see the average age of retirement drop.

With all things considered, the fact that Essendon stalwart Dustin Fletcher will begin his 21st season as a 37-year-old against Adelaide in the 2013 season opener is nothing short of remarkable.

Fletcher, who will turn 38 in May, will become the Bombers’ sole games record holder if he can don the red and black on 13 occasions in 2013, putting him ahead of current record holder Simon Madden who played 378 games for the Dons.

If he manages to play 18 or more matches, he will have played more games than Bruce Doull, Bernie Quinland and Craig Bradley, putting him at third on the AFL’s most games played list.

Although Fletcher is getting on in years, even for a footballer, he still managed a third-place finish in Essendon’s 2012 best and fairest count. Fletcher is a previous winner of the Crichton Medal, having claimed it in 2000 along with one of his two premiership medallions, the other claimed in his debut year of 2013, and one of his two All-Australian caps, the other being in 2007.

Over the course of his career, Fletcher has managed 1550 marks as one of the competition’s best ever defenders. To put that into context, that’s almost double the total marks of Lance Franklin, Taylor Walker, Travis Cloke, Matthew Pavlich, Jack Riewoldt and Tom Hawkins in 2012 put together, all of them combining for 799 marks.

Although you could rattle off a number of amazing facts about Dustin Fletcher, the fact that there are currently nine Essendon-listed players that were yet to be born when he made his debut is by far the most astonishing. Jason Ashby, Lauchlan Dalgleish, Joe Daniher, Martin Gleeson, Sean Gregory, Will Hams, Hal Hunter, Elliot Kavanagh and Nicholas O’Brien have all hit the training track with the 365-game Fletcher who made his debut in Round 3 of 1993, a 132-132 draw against Carlton.

Once Fletcher does decide to retire, his career is one we will look back on with great fondness. At no stage during his career has Fletcher ever been a passenger to the club’s cause, even in his twilight years.

It’s almost certain that Dustin Fletcher will bring his incredible career to a close at the end of the 2013 season, though most had predicted this would be the case at the end of 2012. If he does make the decision to call it quits, his career will surely go down with the absolute greats of our game. 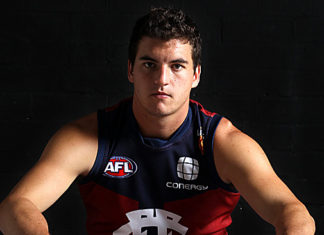 Dem Panopoulos - 21 July, 2015
0
A recent fan survey conducted by the Herald Sun found that 30.16% of respondents voted Luke Hodge as the league’s best captain. As the...

Injured Ballantyne not a devastating loss for Freo 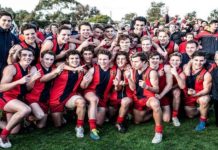