One of the greatest teams of the modern era, the Brisbane Lions team of the early 2000’s was a juggernaut that claimed the 2001, 2002 and 2003 premierships under the guiding influence of coach Leigh Matthews.

The Lions, brilliantly led on field by Michael Voss also contested the 2004 Grand Final in a bid to match the Collingwood sides of 1927-30 in winning four premierships in a row, but were overrun by Port Adelaide in the last quarter and a half, falling by 40 points.

However, with an ageing core of senior players, the 2005 season was one in hindsight, where the Lions lost hold of the aura they had built up over the last five years, beginning their descent into the bottom reaches of the ladder.

The season began well enough with a home win over St.Kilda, thereafter, four successive losses including the Round 3 defeat at the Gabba to the Sydney Swans after leading by 32 points at three-quarter time signalled worrying signs ahead, with the Lions sitting in last place after Round 5. 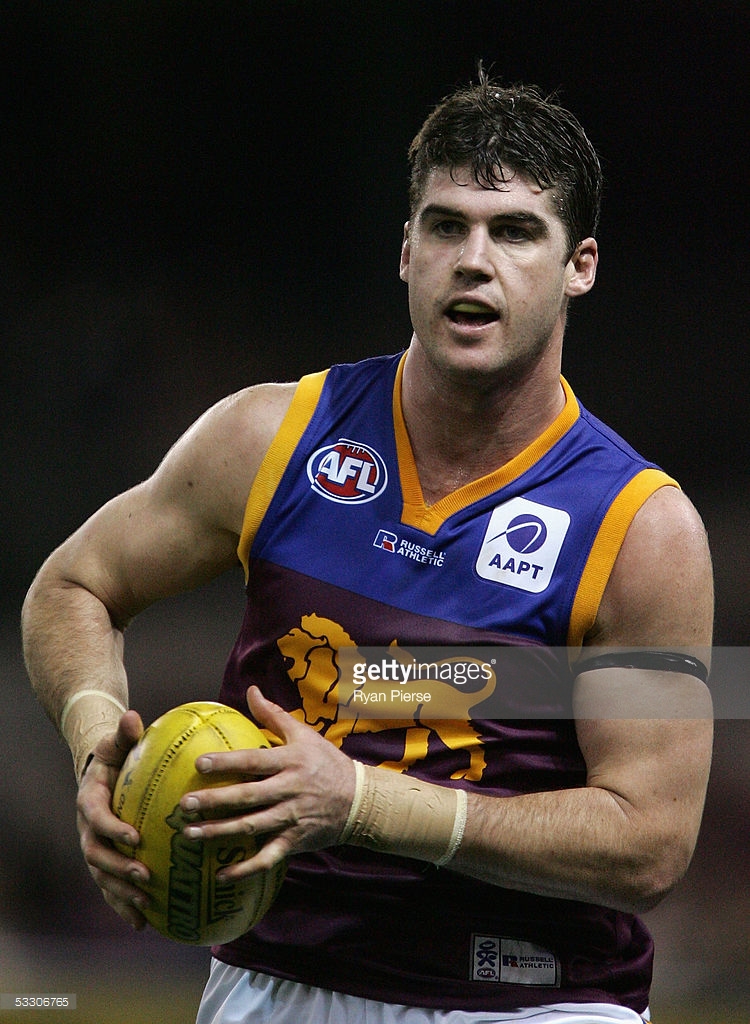 Jonathan Brown returned to the Lions outfit in Round 6, and in one of his best ever performances, he took 14 marks, seven of them contested and kicked eight goals. Unsurprisingly, Brown was awarded the three Brownlow votes in the Lions’ 48-point win over Essendon at Docklands.

A home loss to the Bulldogs in Round 7 was followed by a nine-point win over Adelaide at Football Park, before the Lions dropped another close one-this time by four points at the hands of Richmond. In a worrying trend, the Lions kept losing games at home and another home defeat, this time by the Kangaroos was their seventh in the first ten rounds, and hopes of even making it into September seemed lost.

Because three of the Lions’ seven defeats were by less than a goal, their percentage of 90.6 wasn’t too bad for a side at 3-7, but still they sat in 14th place on the ladder, two full games and 14% outside of the top eight.

Round 11 signalled a resurgence for the Lions as they seemingly rediscovered their very best form, travelling to Perth in accounting for the Dockers by 39 points, then hammering last-placed Carlton by 58 points at Docklands.

The third-placed Geelong was next on Brisbane’s hit list, with the Lions handing out a football lesson by 69 points in the wet. Jason Akermanis starring with 35 disposals and five goals for the winners. 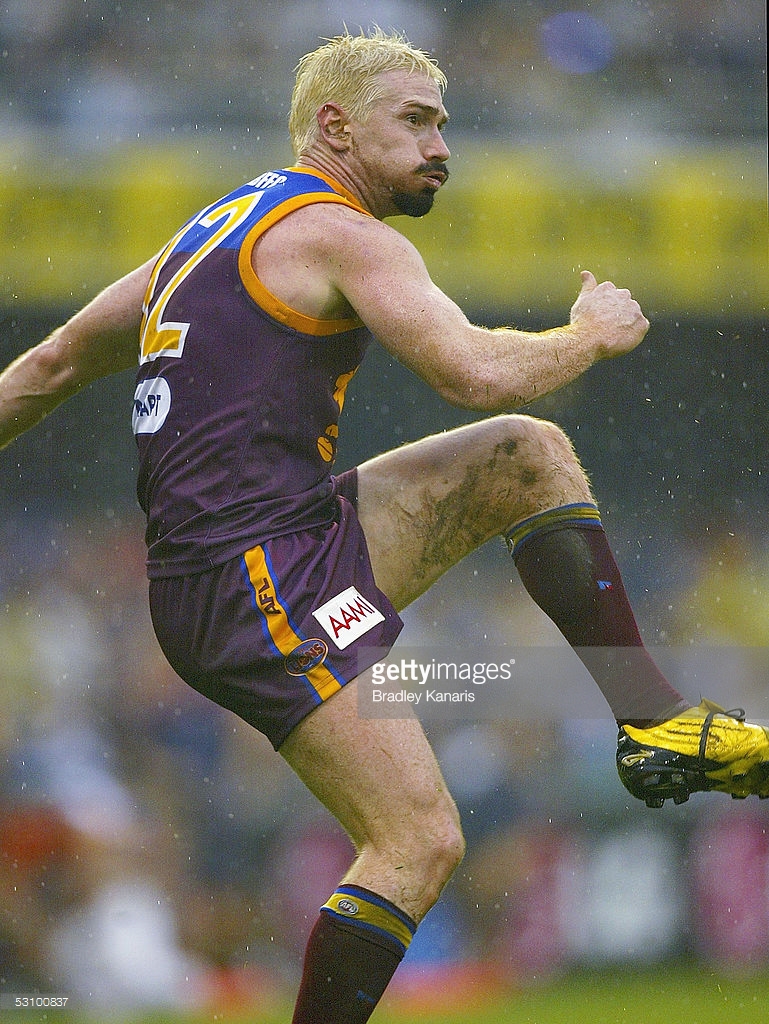 Melbourne was the next team to fall to the resurgent Lions, with the Demons’ Gabba home game turning into another Lions rout, this time to the tune of 74 points. This moved Brisbane back into the top eight with a percentage of 111.5, now the fourth best in the competition.

Round 15 was another demolition job for the Lions, this time they smashed Collingwood by 13 goals at the Gabba. The win moved Brisbane to an 8-7 record with a healthy percentage of 116.9. The Lions now trailed third-placed Geelong by just one game, though with a better percentage than the Cats, and was their fifth win a row by an average margin of 63 points.

The Lions run came to a shuddering halt the next week however, at the hands of the top-placed West Coast. The Eagles jumped the Lions with eight goals to one in the first term, and not even a seven-goal final term could bridge the gap, West Coast running out winners by 23 points, as the Lions fell out of the eight.

However, they jumped right back in again after defeating Essendon by 13 points at the Gabba. In fact, with the Demons and Tigers losses, Brisbane moved up into seventh place, 12% clear of eighth-placed Melbourne.

The Lions hopes of locking down a spot in the eight took a blow after their loss to the Western Bulldogs in Round 18. In a high-scoring encounter, and one of the games of the year, the Dogs led by as much as 47 points midway through the second quarter, before a sustained fight back from the Lions remarkably saw them take the lead early in the final term. However, the Bulldogs responded again running away from the tiring Lions with a nine-goal last quarter, ultimately winning by 28 points.

Still, the Lions remained in seventh spot with four rounds to go, and two more wins could well have been enough to ensure a finals berth. They got one of these with a 41-point defeat of the Hawks at the Gabba in Round 19. Brisbane only led by a point at half time, but an 11-goal to five second half saw the Lions move up into sixth place on the ladder.

The Lions’ win over the Hawks however, was the last hurrah with the wheels falling completely off over the last three weeks of the season. 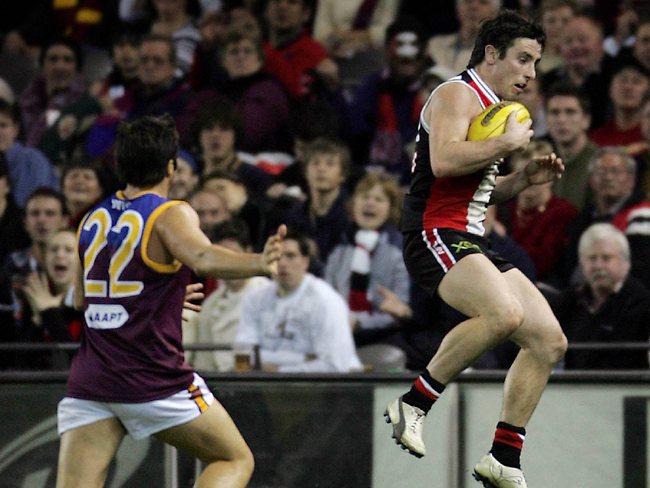 As a result of an 84-point thumping by the Swans in Sydney, a five-goal loss at home to Port Adelaide and finally, a humiliating 139-point loss to St.Kilda at Docklands, a match where Stephen Milne kicked 11 goals straight, Brisbane finished the year in the worst possible fashion, not only missing the finals, but falling to 11th place with a percentage of 98.8, a drop of 14% over the final three weeks of the season.

In the 12 years that have followed the 2005 season, the Brisbane Lions have played finals just once in 2009.

Truly, the Lions fall across the 2005 season, particularly the last three weeks, was the end of an era and the start of an unfortunate period that continues to this day for the all-conquering three-time premiership winners of the early 2000’s.

Luke McAlister - 17 August, 2015 0
After a lightning fast start, West Coast were on top at quarter time in the derby. The now famous 'Weagles Web' was in play,...