Most people would have had Collingwood locked away in their top four during the initial preseason predictions, but after mixed form and an array of injuries, Collingwood’s form of late resembles that of a side battling to keep themselves in finals contention, let alone inside the top four.

Collingwood’s backs-to-the-wall win against the previously undefeated Geelong caused many to sit up and take notice of what appeared to be a resilient and uplifting victory against the odds in round eight. The upset win was undoubtedly the game of the round, but for the Collingwood faithful it was their best win for the year, and more importantly Nathan Buckley’s best win as coach, one could argue.

However, the intense tackling and defensive pressure that the Pies brought to the fore against Geelong quite literally was non-existent against Sydney, a side that has quietly gone about quelling their opposition in 2013. The spread and run that Collingwood displayed against Geelong that managed to split their defensive press fell away midway through the first quarter, and from then on did not return.

In contrast, these are two different tales. A spirited, hard fought win against the undefeated Cats has now been completely overshadowed by a lethargic, non-committed and uninterested Collingwood side. If Collingwood have been consistent at anything in 2013, it’s their ability to be inconsistent. It sounds funny, but it’s not. Collingwood are still yet to string multiple wins together this season, since round two, when Collingwood defeated North Melbourne and Carlton. Furthermore, Collingwood’s percentage right now sits at a dismal 91.6, which has the Magpies in the bottom four when it comes to percentage, only marginally in front of St Kilda, followed by the Western Bulldogs, Melbourne and Greater Western Sydney respectively.

On the ladder, Collingwood are 11th, sitting behind Port Adelaide and Richmond, and just ahead of of Gold Coast, North Melbourne and Brisbane.

When the Pies lose, they lose badly, with the majority of their losses over 25 points. The Pies are being smashed in their clearance work this year, ranked 16th, which could be largely attributed to the loss of Dayne Beams who was so important in the clearances for Collingwood last year, and the delayed return of midfielder Luke Ball. Collingwood are also ranked 18th in the competition for hitouts, that being Darren Jolly and any combination of Ben Hudson, Quinten Lynch and Jarrod Witts aren’t getting the job done. That means that some of the AFL’s finest in Dane Swan and Scott Pendlebury aren’t getting the first opportunity use of the football and instead, Collingwood’s rovers are forced to bed by the mistakes to that of their opposition at the stoppages.

However, to question the intensity and defensive pressure of Collingwood as a whole would be wrong. Collingwood are currently ranked second in the competition for desire indicators; those being tackles, spoils, smothers and one percenters. However, one would argue that despite the attempts to pressure the opposition, Collingwood is its own worst enemy, turning over the ball more than 83 per cent of teams currently in the past month.

That in itself is a worry, but it is easily attributed to the loss of Collingwood A-graders who have missed portions of the year, which ranks Collingwood in the top five for the most inexperienced players across major areas of the ground. It’s no secret that Dayne Beams, Heath Shaw, Ben Johnson, Alan Toovey, Dale Thomas and Luke Ball are considered elite when it comes to their kicking efficiency, yet all have been missing for most of if not all of the season.

In 2012, Collingwood was ranked second in the competition for kicking efficiency from its players considered to be “elite”. In 2013, that turned on its head, ranked 16th in the competition. Put simply, Collingwood’s best users aren’t available, and those filling the temporary void have had big shoes to fill.

Collingwood’s inability to hit more targets than not isn’t purely underlined by the aforementioned players, but it does play a major factor in Collingwood’s sub-par season to date. The positive sign for the Pies is that despite their mixed form, there are five other clubs on five wins for the year, and Collingwood are still very much in the hunt for a top four finish.

The Pies would fancy themselves against Adelaide at the MCG, and if they can pip rivals Carlton, and get the points interstate, then all of a sudden Collingwood would be looking at eight consecutive wins on the trot. When you factor in that after the bye, Collingwood are expected to regain Beams, Clinton Young and Lachlan Keeffe, and if Dale Thomas can make a late season return, then there is every reason to consider Collingwood top four material.

With Shaw and Johnson set to resume this week it already brings much-needed relief to a flat-footed defence when on the rebound. Alan Didak has now put seven solid games together in the VFL and despite not being in Collingwood’s plans beyond this season, he could add a touch of maturity to the current side that has been shaky for the better part of the season to date.

Despite the injury woes at Collingwood, the Pies have weathered the storm that was the first two months of football. Now, with a dream run coming up, it’s the perfect time for Collingwood to start making up lost ground, building self confidence and igniting the flame that so many of its players possess. Doubt Collingwood at your own peril, and be ready for them to make a very strong tilt at the top four. 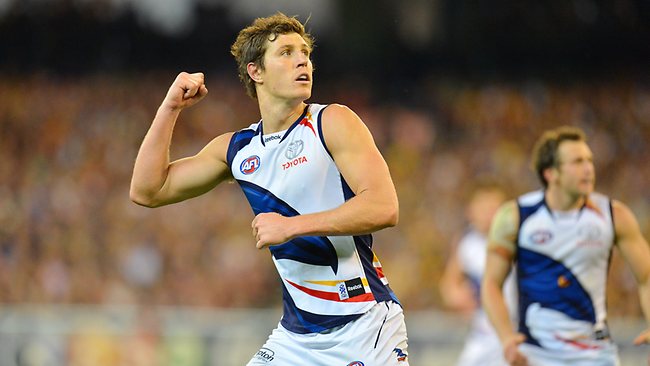 Tippett and Adelaide’s fate soon to be revealed

Melissa Leaver - 9 November, 2012
0
The AFL’s investigation into the Adelaide Football Club is nearly complete, and with the initial November 13th deadline of the National Draft nomination looming,...