It is often said that in order to achieve the best quality product, the best ingredients must be used.

While one can easily enough go into a supermarket and purchase a frozen, pre-prepared apple pie, there is nothing quite like the fresh, homemade version that your grandparents used to make.

Whereas the frozen version bought from the supermarket may look lovely and appealing on the packaging, the contents and taste often result in an unrewarding let down.

Travis Cloke is the frozen apple pie. His performance against North Melbourne was the stuff nightmares are made of.

Cloke managed just seven kicks, two marks, and kicked three behinds in the 30-point defeat to the Kangaroos, as his opponent Scott Thompson managed 22 disposals in a dominant defensive performance.

Cloke’s second efforts at times were just unacceptable, and on the few occasions when he did get the football, his kicking for goal left much to be desired.

While it has been speculated that Carlton is in the market for Travis Cloke, the Blues would be much better served by persevering with the up-and-coming forward prospects the club already has, such as Levi Casboult.

The 22-year-old forward stands at 198 centimetres tall and has played just five AFL games, but already looms as a key influence in the Blues’ forward line should they squeeze their way into the finals.

Casboult has booted seven goals so far in his fledgling career, including three against the Bombers on Saturday, one of which was a remarkable goal kicked from near the boundary line on the run, and it seems a bright future at Carlton awaits.

His ability to pinch hit in the ruck is also an added bonus for the Blues, as he is able to take the pressure off Matthew Kruezer, thus allowing Kreuzer to play in his preferred ruck role.

It seems certain that as a promoted rookie, Casboult will be rewarded with a spot on Carlton’s senior list next season.

Therein lies the crux of the argument against recruiting Cloke.

Why should Carlton spend up big on a forward that delivers inconsistent performances, and is clearly chasing the best cash offer available, when as a club, Carlton have a future star right on their own doorstep?

Granted, it may take a little while for Casboult to hit his full potential. However, the monetary cost to the Blues in retaining and developing his skills far outweighs the cost in luring a fundamentally flawed player in Travis Cloke to the football club.

Nurturing and developing a potential forward star has to be a more satisfying prospect for the Blues, rather than paying top dollar for a player that quite frankly, at present, is as unpalatable as frozen apple pie. 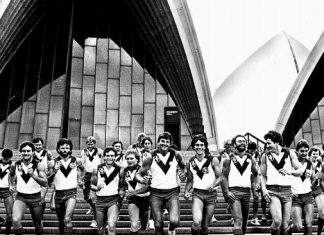 Damien Berry - 22 June, 2017
0
It's a hypothetical question at the moment that supporters of the South Melbourne Football Club unfortunately faced in the early 1980's. That is the... 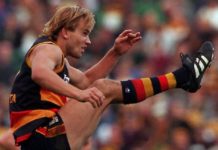