Who’d want to be a female journalist in the world of AFL today? That’s the question we have to ask ourselves in the midst of Caroline Wilson being chastised from all corners over the past month.

On the 12th of April a Facebook group was created, titled ‘Sack Caroline Wilson’. At the time of writing, the number of likes had just exceeded 14,300. Do not mistake the page as one with a legitimate cause, however. It features little more than a barrage of personal attacks and offensive slurs. There is no logical reasoning put forward as to why she should lose her job.

One of the biggest problems with the growth in social networking is the fact that these types of people are granted time of day. They are able to publish what they like in a forum that does not yet have the constraints to hold people to account, and probably never will.

It appears a woman who knows football and isn’t afraid to speak her mind is a little bit too much for some.

Wilson has over three decades experience reporting football. She has been the Chief Football Writer for The Age since 1999, and has won numerous awards over the journey. Of the 20 football writers for The Age, three are female. The other two are Samantha Lane and Emma Quayle.

Both of those women are acclaimed and good at what they do, but they do not possess the sting that Wilson does. Their roles are also much more sheltered in that they are predominantly producing newspaper material. With print journalism, it seems as if people almost forget the gender of the writer as they read along. For a speaker, however, it is impossible not to be constantly absolved in who’s speaking rather than simply what’s being said. It is especially hard for a woman talking football. And not just a woman. She is middle-aged, opinionated, and yes, conflictive. She challenges every stereotype we associate with our great game.

The shortage of women among the AFL journalist ranks means that those that do possess such a role are exposed to unprecedented levels of scrutiny, and there are none that face it to the extent that Wilson does. It is her position on Footy Classified that draws the most ire among her critics, most notably her segment ‘Caro’s Arrow’ where she takes aim at someone or something from the previous week of football.

This piece is not intended to be a defence against poor journalism. Rather I want to point out the fact that when Wilson produces material that stirs conflict, she is exposed to a barrage of insults that target her – much of her actual material goes unscrutinised. This has to change.

On March 11 this year, Adelaide’s Taylor Walker tweeted “Is Caroline Wilson the most frustrating person to listen to and look at?” Walker has just under 25,000 followers. His tweet was retweeted 445 times and favourite 166 times. One of the stars of our game should know better. He is a role model and he has publicly lambasted a female journalist for how she looks and sounds.

On YouTube, type in Caroline Wilson and the most popular video is titled “Caroline Wilson ambushed on Footy Classified”. The clip has over 55,000 views. A scroll down sees the top rated comment as “get back into the kitchen”.

Now you might say that this is just the nature of social networking today and that there’s nothing we can do about it. There is. And it must start from the top – the AFL. It’s officials and it’s players. They have to lead the way.

She has been a pioneer for female integration into the game. It’s time the AFL threw its support behind one of its most experienced media figures. Otherwise, the football media fraternity will continue to be a boys club. The game and its fans owe her better treatment. They don’t have to like her. But they do need to respect her.

Wilkinson making a stand against racism

Cristian Filippo - 17 July, 2014
0
On the football field, Northern Blues vice-captain Joel Wilkinson isn’t one to shirk a contest. And, similarly to his game style, he doesn’t shy away... 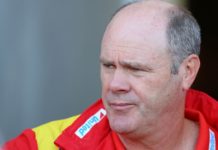 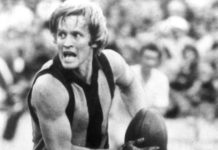 Tigers failing to get the job done when it really matters