Football has come full circle for Jaryd Cachia. It’s likely only the keenest of Carlton fans will remember the name, but Cachia has been given his second shot at the big time by the same club that delisted him at the end of 2011.

Carlton selected Cachia in the 2012 Rookie Draft with pick 9. He was considered one of the best juniors in his age group, so much so that he was co-captain of Vic Metro’s championship side along with Tom Scully.

Originally he was selected six places lower at pick 15 in the 2009 Rookie Draft by Carlton and spent two years on the rookie list. He never debuted for the club, spending his AFL-listed period playing for the then Northern Bullants in the VFL.

Although Cachia came close to gaining selection, being named as an emergency on a number of occasions, he struggled to get into the senior team. His delistment came as somewhat of a surprise considering he had come so close to playing for the Blues.

On the few occasions that he did play for Carlton in the NAB Cup, Cachia displayed himself as a contest-loving hard nut with a passion for the football. One of his very few highlights was a crunching tackle on ex-Richmond player Ben Nason.

Carlton delisted Cachia at the end of the 2011 season. He went to South Australia to play for Norwood in the SANFL and played an important role in the Redlegs’ 2012 premiership run. His performance on Grand Final day earnt him second-best afield honours.

Described as a “fearless” midfielder with uncompromising attack on the contest, Cachia,who also goes by the nicknames ‘Raging Bull’ and ‘Meathead’, has received the rarest of opportunities for AFL players – a second chance. What is most surprising is that Cachia has been given a second chance at the club that delisted him only one season ago.

It’s a credit to Cachia’s workrate and ethic at state level. There is no doubting that Cachia has gone through an incredible transition over the space of only a year and his 30 disposals and 10 marks in a successful 49-point premiership attampt with Norwood just caps off what has been a fantastic for him personally.

That this second chance is at his original club is an interesting quirk, but given that most AFL discards will never see the inside of an AFL club again, Jaryd Cachia will want to make the most of Carlton’s faith.

Dylan Callard - 8 August, 2015
0
Across the other side of Melbourne, the Western Bulldogs continue to climb the ladder whilst generating very little talk about their own aspirations. The Bulldogs... 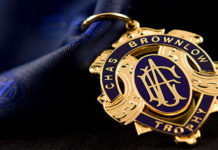