For the last decade as a rule, Richmond and Carlton have met on a Thursday night in the opening round to kick off the AFL home and away season. The only exception in this time was in 2014 where the Tigers and Blues met on the Thursday night to open Round 2, as the MCG was unavailable for any AFL matches during the opening round that year.
In this decade long period, both teams have seen finals action, Richmond in three straight years from 2013 to 2015, with the Blues also reaching the September three years running in 2009, 2010, 2011 and also in 2013 at the expense of the demoted Essendon.  However, as a rule both the Tigers and Blues generally have found themselves at the wrong end of the ladder at season’s end.

As an opening round clash, Richmond holds the edge in recent seasons with wins in each of the last four encounters, with Carlton last securing a Round 1 win over the Tigers back in 2012.
In these early season head-to-heads, both teams have five wins, with Richmond’s best effort coming in its 30-point win over the Blues in 2008. From a Carlton perspective, the Blues best was in the 2009 season opener with an 83-point demolition of the Tigers in a match in which controversial ex-West Coast Eagle Ben Cousins made his comeback to league football at Tigerland.
That night also saw the best home and away attendance between the two clubs in the last decade, with 87,043 packing the MCG in anticipation of what most thought would be a closely fought encounter.

On three occasions in the last decade, fans of these two clubs have have come out in force, pushing attendances in excess of 80,000, with a further four clashes attracting more than 70,000 fans to the MCG.
In the last four years in Richmond’s wins, the average winning margin has been just 13 points, with the Tigers’ 2013 five-point triumph remaining as the closest finish, in a match where the Blues came from six goals down at the final break to almost claim a stunning fightback win.

From a scoring perspective, six times Carlton has passed the century mark, with a best score of 23.12 (150) in Round 1, 2009, where the Tigers have only reached three figures on three occasions with their best coming in 2008, scoring 17.7 (109).
The average combined score in these matches is 194.5 points, with the total match score falling in the 180’s five times in the last nine games, with 2009’s total of 217 points as the outlier as the highest scoring contest in this time.

Jack Riewoldt’s 2011 haul of six goals remains the best personal tally, with former Blue, Eddie Betts’ five goals in 2009 and Matthew Richardson’s five in 2008 as the next best. Betts is the only Carlton player to have kicked more than three goals in the Tigers/Blues clashes whereas, Jack Riewoldt, Ty Vickery, Mitch Morton, Kayne Pettifer and Matty Richardson all have kicked bags of four goals plus in the last decade.

Possession wise, Carlton’s Bryce Gibbs has topped the 30 disposals mark on three occasions (2009, 2013 and 2016) with a best of 34 touches coming in 2009. Overall, just eight players have reached 30 disposals with Gibbs, Marc Murphy and Andrew Carrazzo the only players to do it more than once.
In fact Carrazzo has statistically the best game, gathering 40 disposals in Round 1, 2010. However, this didn’t secure him the three Brownlow votes that night, as teammate Heath Scotland’s 32 disposals was viewed by the umpires as a better individual performance.

From the Tigers perspective, Trent Cotchin with 33 disposals in 2013 is the leading possession getter with only Nathan Foley’s 31 in 2009 as the other Tiger to collect 30 or more touches in these Blues/Tigers clashes.

So, after all that, just who will win?

With Richmond holding the edge over the Blues on the last four encounters and coming off an eight win season in 2016, as opposed to Carton who finished one place lower with seven wins, the Tigers will start as the likely favourites.
In any event, recent history suggests that with five of the last six early season encounters producing margins of less than 27 points, it should be a reasonably tight contest throughout the night for the expected large crowd, and TV viewing audience to devour.

May the best team win! 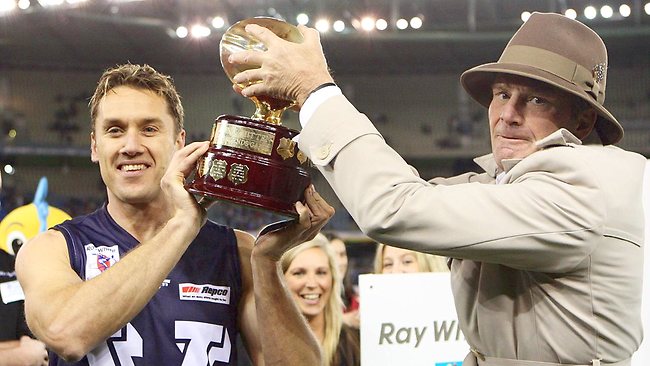 Cristian Filippo - 11 July, 2013
0
He has won a premiership, an AFLPA Most Valuable Player award, two Carlton best and fairests, two All Australians, been Carlton captain and as...

The danger of a tanking culture

The mid-week review: Round 17