West Adelaide has claimed its first SANFL premiership in 32 years after defeating Woodville-West Torrens by 30 points at the Adelaide Oval in the 2015 SANFL IGA League Grand Final.

While former Brisbane and Adelaide player, Chris Schmidt, with a massive 45 disposals was awarded the Jack Oatey Medal as best player in the grand final.

As minor premiers, the Eagles entered the match as favourites, but the warm conditions would prove testing for both sides.

Shannon Green opened the scoring for the Bloods at the three-minute mark, while Aaron Fielke made it a two-goal game with his major 10 minutes later, getting West Adelaide off to a wonderful start as they dominated possession.
Big Mick Wundke booted consecutive goals midway through the quarter to bring the Eagles back into the game, but late goals to Travis Tuck and Daniel Webb, in his 100th game, opened up a 13-point lead for the Bloods at the first change.

However, West’s dominance with the ball, with 104 disposals to 50, was not completely shown on the scoreboard.

The second term began well for the Bloods with Errin Wasley-Black extending their lead to three goals, before Jono Beech took advantage of a turnover from Sam Martyn to kick the Bloods four goals clear at the six minute mark.
However, the Eagles weren’t to be denied, with goals to Andrew Ainger, then Jared Petrenko after a terrific mark, and a third major to Wundke, closed the gap to just eight points at the long break. The Bloods’ proving wasteful in front of goal, adding only four behinds in the last half of the quarter.

A strong mark and goal from Wundke delivered his fourth goal, closing the gap to just two points early in the third, but that was the closest the Eagles would get, as the Bloods responded with goals to Webb and Green each kicking their second, pushing the lead back out to 13 points at the ten-minute mark.

Andrew Ainger’s mark and goal – his second, in an otherwise quiet afternoon – brought the Eagles back to within nine points as time-on ticked by. However, after a tight few minutes, Kaine Stevens extended West’s lead to 15 points just before three-quarter time, setting the stage for the all-important final term.

Despite doing all the attacking early, the Eagles couldn’t close the gap with Lachlan McGregor missing from a set shot, while a superb mark running back with the flight of the ball by Jono Beech extended the Bloods’ lead to 20 points, 10 minutes in.

Finally, as icing on the cake, Shannon Green’s third goal, kicked on the run sealed the game for the Bloods at the 19 minute mark. In the end, after playing keepings off in the defensive 50 late in the game, the Bloods ran out eventual winners by 30 points, ending their 32-year premiership drought.

Chris Schmidt was superb, accruing the most disposals of any player in the SANFL for the season with his 45 touches, while former Crow and newly minted life-member Jason Porplyzia (36 disposals) was also terrific across half back. Coach Mark Mickan, after missing out on playing in the Bloods’ last premiership triumph in 1983 was rewarded with a terrific performance from his players, bouncing back after a disappointing ninth place finish in 2014. 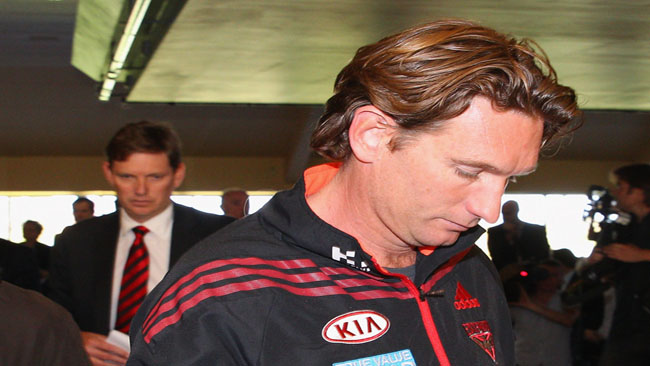 Bombers faithful must stand by their club

Melissa Leaver - 8 May, 2013
0
On occasion the media take issues in sport that are not anything of note and attempt to make them newsworthy. They will peddle scandal...

Bound For Glory Weekly Wrap: Round 18

Gary Ablett, the best of our generation

The race for second place

Melbourne tanking in the court of public opinion 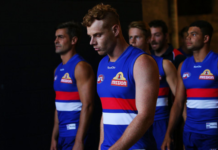