Melbourne has finally pulled the trigger and has lost patience with Mark Neeld.

This will come as no great surprise to the coach who lasted just 21 months in the gig. Whilst he was given not much to work with initially, questionable man-management, poor list management decisions and poor selection table choices can come as the reasons why he now sees himself out of a job.

The football world shouldn’t be done with Mark Neeld, as he still has a fair bit to offer. However, that is not the biggest pressing issue at hand.

It’s apparent Neil Craig’s position is likely to be one that is temporary, and the Dees are seeking a permanent replacement.

Assessing the field of candidates is tough, and a large majority of them are more than worthy.

It will be a long and winding challenge, leaving the chosen one with the mammoth task of rebuilding a football club that has existed in a state of shambles for too long. The club has stated they are after an experienced candidate, and at Bound for Glory News, we have been piecing together what’s being said around town and assessing who’s most likely to take the reins in 2014.

After being linked a month ago to the job, Paul Roos categorically denied any interest in the position. He’s a premiership coach who installed strict discipline and teamwork to a side that yielded a flag, another Grand Final appearance and multiple finals campaigns. He can also be credited with some of the building blocks to the successes that the Swans have now, under his assistant John Longmire.

According to the Herald Sun, Melbourne is willing to throw a large sum of money to entice him. When quizzed about it, one Dees coterie member confirmed the likelihood of a large offer was ‘strong’. Roos’ comments yesterday were more reassuring, but his intentions are ultimately still unknown. One of the candidates pushing for the lead.

Many have read into his departure from GWS as frustration at not getting the lead gig after Kevin Sheedy would move on. There’s very little to back that assertion up, but Mark is an esteemed and experienced coach who’s been very well received at GWS and Richmond as an assistant, and has the required skill set to bring the Demons out of their slumber.

This is an interesting conundrum for Richmond. By all reports, he has been fantastic in assisting Damien Hardwick and provided a fire and brimstone method in dealing with the youthful squad. Jon Pierik reported in the Age that the Tigers wouldn’t hold him back, but they’d be surely disappointed in losing such a quality off-season acquisition.

It has been suggested that Williams’ name was brought up in another Demons coterie group, and many of the members were willing to make a sizeable donation to the contract offer if Melbourne decided to pursue him. Allegedly, CEO Peter Jackson responded to the offer from the coterie group and said he believed it was “still on the fence” whether Williams would want the job. Pushing for second place with Roos.

Whilst Eade is a candidate without a flag, his coaching record is nothing to sneeze at. He came heart-achingly close with the Swans and built the Bulldogs into contenders for three years running.
He has openly suggested he’d be willing to chat to the Dees, and confirmed he has the ‘fire’ for senior coaching again.

Eade was more than convincing of his intentions, and his industry status speaks for itself. One of the names frequented by internal dissenters of Mark Neeld during the last month. Eade has the passion, Melbourne has the vacancy, and a small minority within the club are said to already support his potential candidacy. A front runner, but not a clear one by any means.

One very much out of left field, but Ratten rebuilt and brought Carlton back out of the lowest points in its history. Whilst he did lack the tactical nous to make Carlton contenders, he forged them and was successful with development, overseeing their transformation into a formidable side.

A former colleague of Ratten described his removal from Carlton as “a ‘Lord of the Flies’ moment, [in which] lots of individuals with privileged support networks and lifestyles fought for power, and in the end all did themselves in”. Ratten has spent time as an assistant at Hawthorn, and is said to be, like Williams, considered a “strong asset”. He also has experience with Melbourne, as an assistant after his playing retirement.

Definitely an outsider at this stage, but as of last night a source confirmed his management has been contacted for an informal discussion. He doesn’t have the distinguished record of the others, so while potentially interested, will be towards the back of the pack.

Whilst it feels to those in the southern states Mark Harvey had been whittled into exile after Ross Lyon’s sneak appointment at Fremantle, where in reality, it’s nothing but. He’s been assistant at the Lions and has an incredibly hands on role, playing second fiddle to Michael Voss at Brisbane, who is under incredible pressure as it is. He learned his trade under Kevin Sheedy, and did have moderate success with the Dockers.

Incredibly similar to Ratten. Harvey’s management is also believed to have fielded a call about an informal chat about the gig, but nothing more than that. Another factor will be the pressure Voss is currently facing, and just whether he may be required to step in if the situation deteriorates. Definitely bringing up the rear, alongside Ratten. 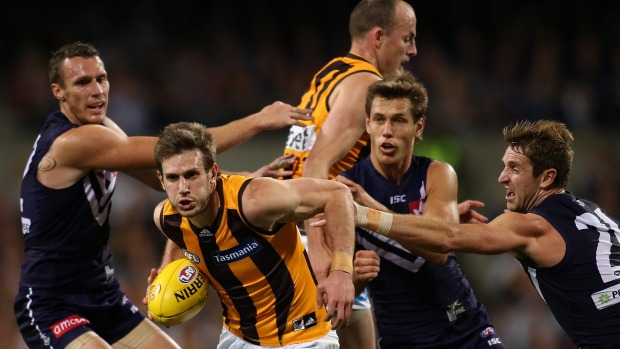 Damien Berry - 27 September, 2015
0
So the preliminary finals have been decided and just like the mighty Brisbane Lions of 2001-2004, Hawthorn has now equalled this remarkable feat by qualifying for...

Got Goddard, but where’s the rest? 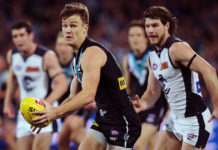 Angus Brayshaw: The Bull in a China Shop