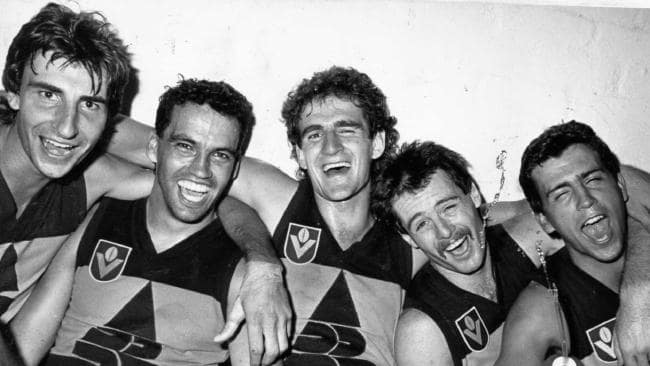 In the first piece of which hopefully will become a regular series, we intend to take a look back at some of the matches gone by in football history.

This week, we focus on Round 8 of the 1988 VFL season and the clash between the leagues’ two most northern-most teams with the Sydney Swans playing host to the Brisbane Bears.

While the Swans under coach Tom Hafey had played finals in each of the past two years, they had started the 1988 season poorly with just two wins to date and were coming off a 39-point loss to Fitzroy in Round 7.

In contrast, Brisbane after losing its opening four games, was now on a hot streak with three wins in a row, the last being a one-point win over Footscray in a controversial finish at Carrara where Bulldogs’ full-forward Simon Beasley missed his set shot after the siren with hundreds of fans surrounding him after having invaded the arena.

Brisbane set up the win with a five-goal to one opening term, and led by as much as 38 points midway through the second quarter, and while the Swans threatened to get back into the contest, the Bears had the answers all night.

Swans’ David Brown and Glenn Coleman were the main culprits in front of goal with 4.7 between them, whilst at the other end high-priced recruit Warwick Capper could only manage two goals from just three kicks in his first encounter against his former club.

Former Richmond premiership star Geoff Raines turned back the clock, with the umpires awarding him the three Brownlow votes for his 27 disposal, two goal performance, with Chris Waterson (30 disposals) and David O’Keeffe (three goals) also amongst the best for the Bears. Meanwhile Gerard Healy (41 disposals, one goal) and Greg Williams (34 disposals, two goals) were the two best ball winners for Sydney.

As a result of the loss, the Swans slumped to second last on the VFL ladder, while Brisbane moved to within a game (and a hefty chunk of percentage) of the fifth-placed West Coast Eagles.

However, by season’s end, the fortunes of both sides would turn severely.

Sydney would rally, winning 10 of its last 14 games, finishing a game and 2.4% behind the fifth-placed Melbourne, despite this discontent amongst the playing group, and a dwindling level of finances would see Tom Hafey sacked as coach at the end of the season, to be replaced by Carlton’s reserve coach in Col Kinnear.

Meanwhile Brisbane’s winning run would end one week later as they would be thumped to the tune of 140 points by a rampaging Essendon. This loss was the beginning of the end for the Bears for the season, as they would ultimately finish 1988 with just seven wins and second last position on the ladder. However, coach Peter Knights was safe. For now.

Push to create a league of its own

Ashleigh Craven - 30 June, 2013 0
Throughout round 14, the AFL and the greater football community recognise, celebrate and appreciate the contributions that women make to our game. From all areas...

Geelong’s hat-trick at Simonds prove how valuable a home ground can...