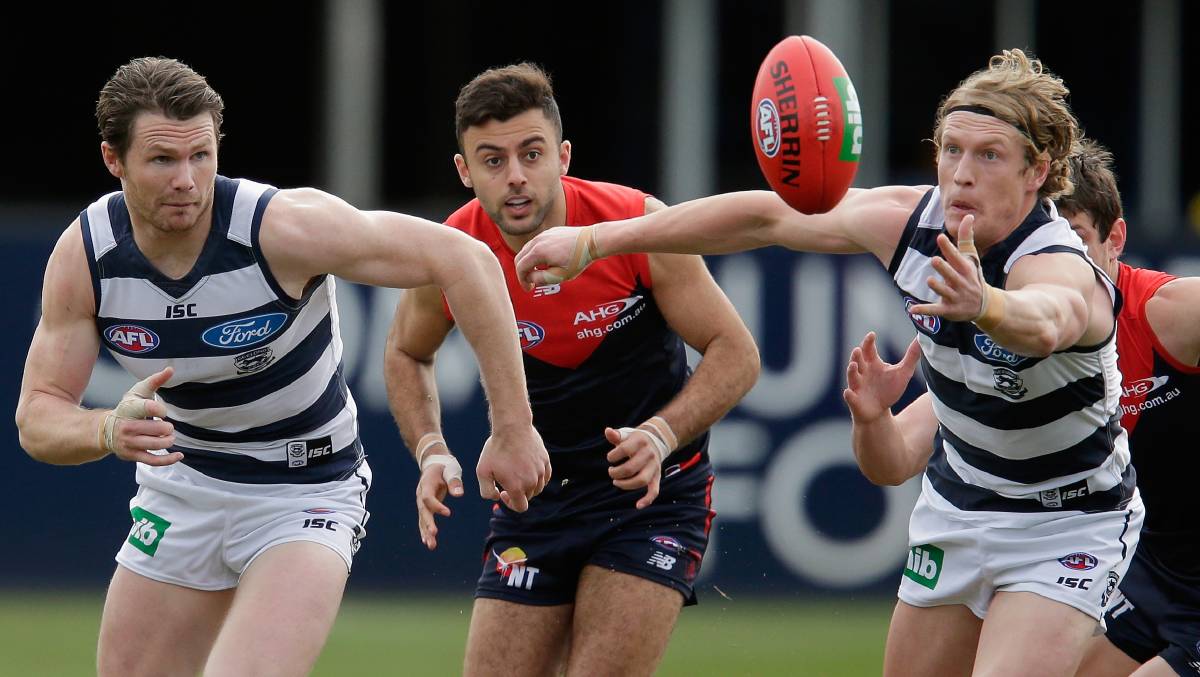 Easter has come and gone, the chocolate eggs and bunnies have been collected and eaten, likewise four rounds of the AFL season also have now been devoured.

At present there are three sides, Geelong, Adelaide and Richmond that have collected the most chocolatey treats by way of wins and thus they enjoy the spoils of remaining undefeated with four victories each to begin the season.

The last time we had three undefeated sides after four rounds wasn’t all that long ago, coming in 2013. That year we had Essendon, Port Adelaide and Geelong heading the ladder. As we know, the Bombers were later to be relegated to ninth spot as a result of the supplements scandal, Port Adelaide finished fifth while the Cats lost narrowly to the Hawks in a classic preliminary final.

Both 2008 and 2012 also saw three teams each sitting at 4-0, with Hawthorn, Geelong and the Western Bulldogs all finishing inside the top three at the end of 2008, whereas 2012’s undefeated Round 4 trio of West Coast, Sydney and Essendon, saw the Swans win the flag, West Coast finish fifth, while the Bombers dropped away badly to finish in 11th spot.

With that, Adelaide in 1996, Geelong in 1999, Collingwood in 2000 and the Brisbane Lions  of 2010 are the other teams in the last 20-odd years that have won their first four games of the season, only to miss out on September action.

North Melbourne of course was almost added to this list, given the Kangaroos also were 4-0 last year, going on to win their first nine games, before dropping to eighth place, finishing ahead of ninth-placed St.Kilda only on percentage.

Geelong, currently at the head of the ladder have an impressive recent history of beginning the season well, with undefeated starts after four rounds coming in 2008, 2009, 2011, 2013 and 2014. Only in 2014 did the Cats fail to reach at least a preliminary final.

In comparison, it has been more than 20 years since Adelaide and Richmond have remained undefeated at this stage of the season. Adelaide in 1996 won its first four games but slumped badly, finishing only in 12th spot, mind you the Crows more than made up for this in 1997 and 1998 with back to back flags.

Whereas the 1995 Tigers went on to win their first seven games, ultimately losing the preliminary final to Geelong, in what was (and remains) their best finish to a season since their runners-up finish to Carlton way back in 1982.

Much like the chocolate confectionery on Easter Sunday, getting a great start to the year is often quite a good thing, but devouring too much doesn’t always produce the desired result at the end of the day. It pays to tread a little warily and keep some in reserve for a later celebration.

Damien Berry - 10 September, 2015 0
The 2015 Magarey Medal count has been run and won, and though South Adelaide narrowly missed out on finals action this year, it was of some...

Neglecting the future for a shot at success

Carlton: Who should stay and who should go?

Son of a gun may be Carlton’s great hope