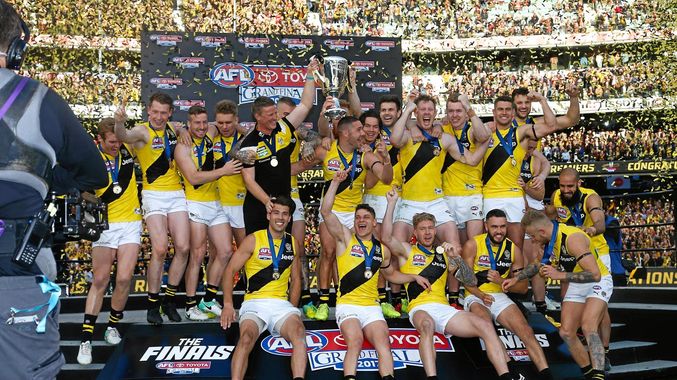 Earlier this week on twitter, I asked for feedback on what the top eight would look like, which club would become the eventual premier, and also which club would finish as the wooden spooner for this season.

Based on this, I can now present The Drop Punt’s Twitter AFL top eight for season 2018.

In addition, Adelaide was selected as the likely premier by 40% of respondents, followed by Sydney with 20% of the vote.

As far as the predicted wooden spoon winner for this season goes, North Melbourne was the favoured option with 40%, followed by the Gold Coast Suns and Carlton each with 20%.

Each individual response has been kept on file and the closest to the pin with their top eight, premiership winner and wooden spoon will earn a small reward to be determined as the year progresses.

Let the action of the 2018 AFL season begin!

Geelong’s hat-trick at Simonds prove how valuable a home ground can...

Bound For Glory Weekly Wrap: Round 17